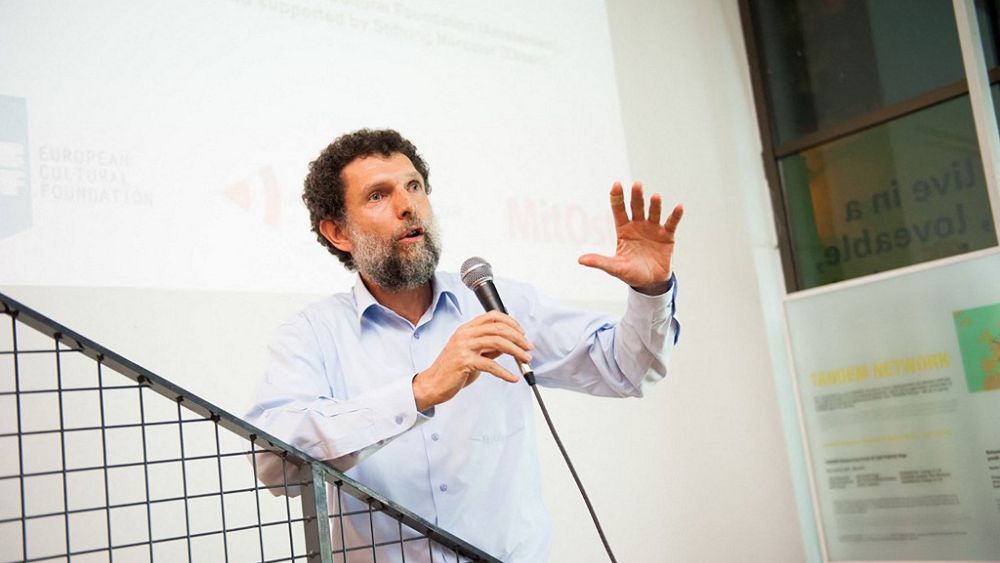 A Turkish court has sentenced prominent civil rights activist and philanthropist Osman Kavala to life in prison without parole.

The court in Istanbul cleared Kaval of espionage charges but found him guilty of attempting to overthrow the government amid mass protests in 2013.

Seven other defendants were also sentenced to 18 years in prison on Monday amid boos in the courtroom.

The verdict comes as Europe’s top human rights body, the Council of Europe, launched infringement procedures against Turkey over the case.

Ankara has failed to abide by a European Court of Human Rights ruling in 2019 which has called for Kavala’s immediate release.

“Today, we have witnessed a travesty of justice of spectacular proportions,” said Nils Muiznieks, Amnesty International’s Director for Europe.

“This verdict deals a devastating blow not only to Osman Kavala, his co-defendants and their families but to everyone who believes in justice and human rights activism in Turkey and beyond.”

Kavala — who has already spent more than four years in jail — denies allegations he financed the anti-government protests. In his final defence statements on Friday, Kavala said the claims are “not plausible” and based on “evidence that is not evidence”.

“The fact that I spent four-and-a-half years of my life in prison is an irreparable loss for me,” he told the court by videoconference.

“My only consolation is the possibility that my experience will contribute to a better understanding of the grave problems of the [Turkish] judiciary.”

The 64-year-old has been jailed in Silivri prison — on the outskirts of Istanbul — since he was detained in October 2017.

Human rights groups say Kavala has been prosecuted with limited evidence and that his fundamental rights have been violated.

Kavala was initially acquitted in February 2020 of charges that connected him with the 2013 Gezi Park protests.

But, as supporters awaited his release, Kavala was rearrested on new charges linking him to a 2016 coup attempt, which the Turkish government has blamed on a network of US-based Muslim cleric Fethullah Gulen.

This acquittal was later overturned and the cases were merged.

The European Court of Human Rights said in 2019 that Kavala’s imprisonment aimed to silence him and other human rights defenders.

An ongoing infringement process by the Council of Europe over the matter could lead to the suspension of Turkey’s voting rights or membership in the organisation.

Erdogan has dismissed the infringement process, saying Turkey would not “recognise those who do not recognise our courts.”

In October, Kavala’s continued detention sparked a diplomatic crisis between Turkey and 10 Western countries after they called for his release.