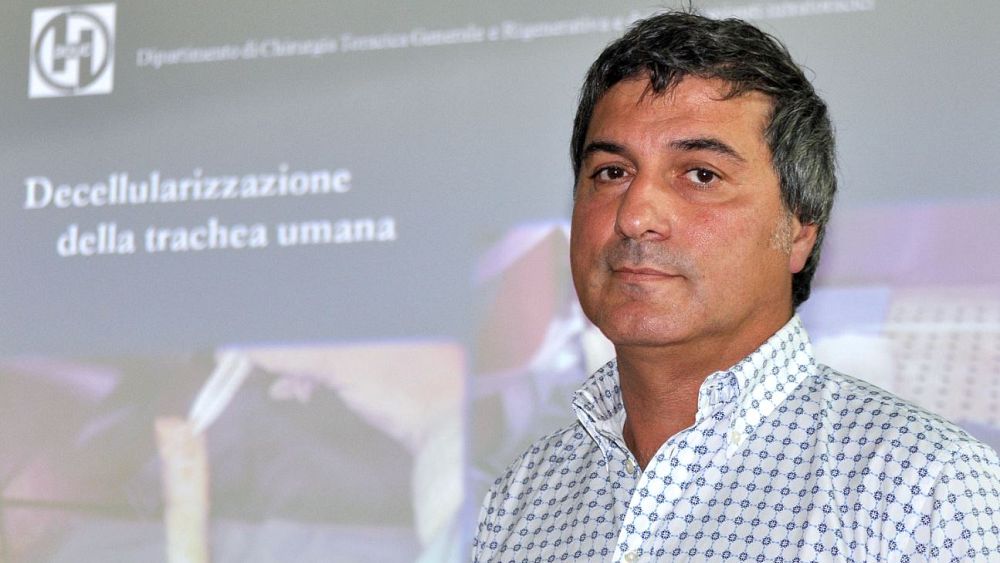 A former Italian scientist has gone on trial in Sweden accused of assaulting patients by carrying out windpipe transplants.

Paolo Macchiarini is alleged to have caused the deaths of three people on whom he operated between 2011 and 2014. He has denied any criminal wrongdoing.

The stem-cell surgeon was once considered a leading figure in regenerative medicine and made headlines for carrying out the world’s first stem-cell windpipe transplants.

In 2011, Macchiarini was credited as a pioneer by creating the world’s first trachea — partially made from a patient’s own stem cells — in an apparent breakthrough in regenerative medicine.

But seven of the eight patients that he treated in Sweden and Russia have since died.

In December 2018, Sweden decided to reopen an investigation into three operations he carried out as a visiting researcher at the prestigious Karolinska Institute in Stockholm.

Macchiarini was fired from the hospital in March 2016 for breaching medical ethics after being accused of falsifying his resume and misrepresenting his work.

Critics say the surgeon skirted medical ethics to carry out dangerous procedures with no proven benefit and that he fabricated descriptions of his patients’ conditions.

He appeared at the Solna District Court on Wednesday to hear the charges of “aggravated maltreatment” against three victims from Iceland, Turkey, and the United States.

“Paolo Macchiarini performed the operation with total disregard for science and experience,” prosecutor Karin Lundström-Kron told the court, arguing that the transplants had caused the three patients severe physical injuries and suffering.

In 2019, an Italian court sentenced Macchiarini to 16 months in prison for forging documents and abuse of office.