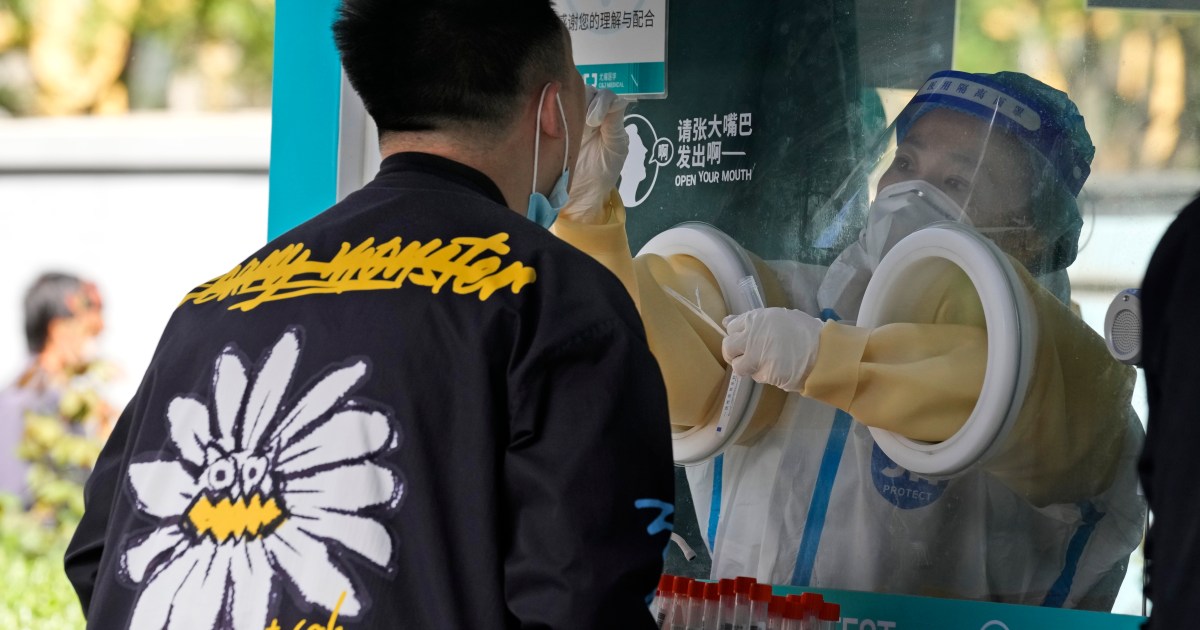 Authorities in China’s capital, Beijing, are enforcing mass testing and closing down access to neighbourhoods as they seek to contain a new COVID-19 outbreak.

The announcement of the testing had sparked panic buying in the city of 21 million on Monday, but the situation appeared to calm down on Tuesday with public transport largely keeping to normal schedules and roads packed with commuters.

Fears of total lockdown have been fed by the situation in the southern business hub of Shanghai, where 25 million residents have only gradually been allowed to leave their homes after three weeks of confinement.

Beijing has recorded 80 cases in the most recent wave, while Shanghai has seen more than 300,000 and 190 deaths this month.

The city of Anyang, in central China, and Dandong, on the border with North Korea, became the latest to start lockdowns as the Omicron variant of the coronavirus spreads.

Shanghai has buckled under strict lockdown conditions that have driven residents to band together to get food delivered through group buying. Goods have backed up at Shanghai’s port, affecting supplies and factory production and crimping economic growth.

Beijing locked down residents in an area of about 6sq km (2.3sq miles), telling them to work from home and stay in their residential compounds. It was not a total lockdown but stadiums, cinemas, karaoke bars and other entertainment venues were ordered closed.

Elsewhere, the city also shut down some or all buildings in five residential compounds, adding to others that have been locked down for two days.