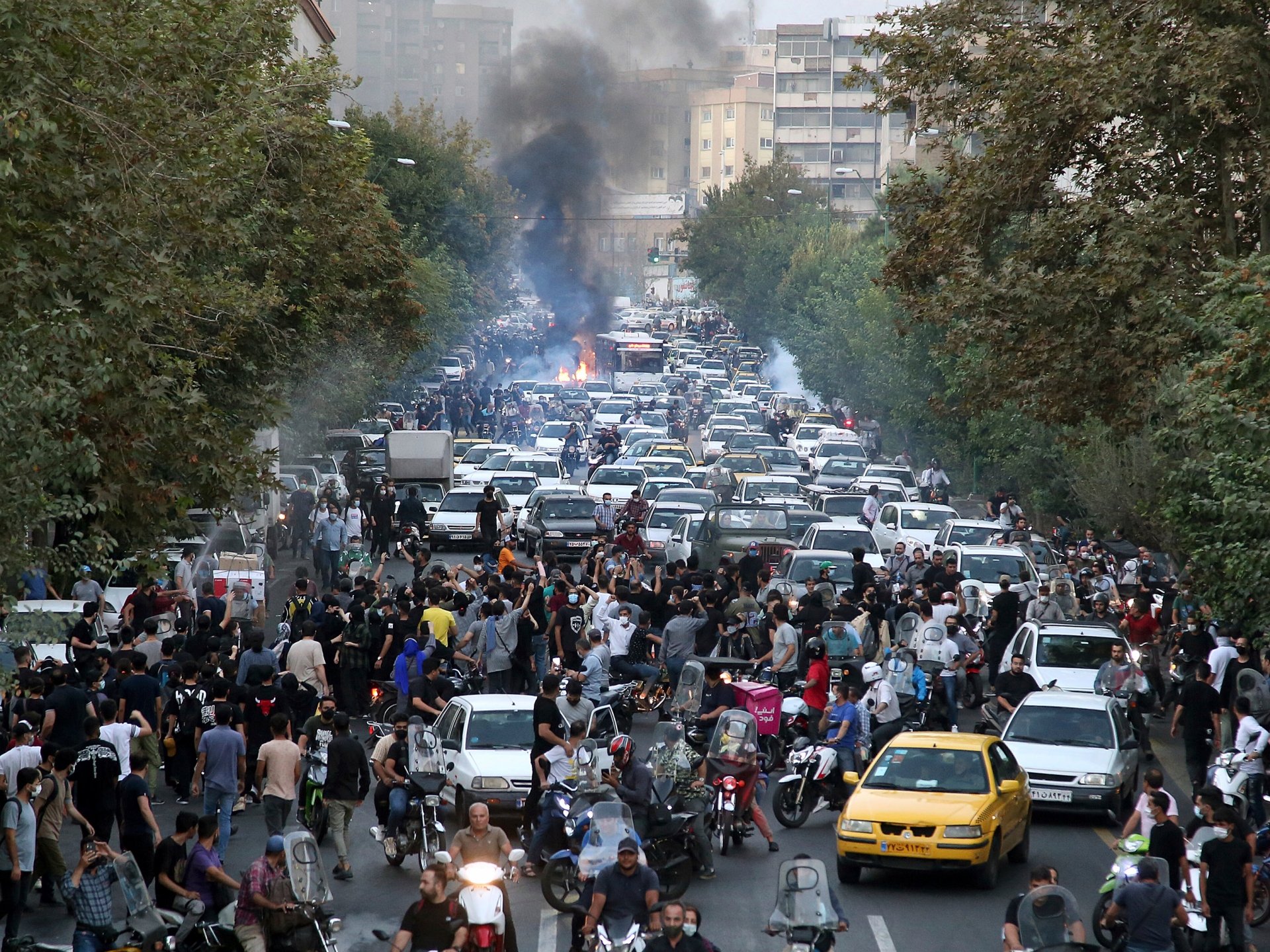 Nationwide protests have continued in Iran after the death of 22-year-old Mahsa Amini, who was detained for what the country’s morality police deemed “immodest clothing”.

The protests continued for a fifth day on Wednesday, including in the capital, Tehran.

Amini’s death has unleashed anger over issues including restrictions on freedoms in Iran and an economy reeling from sanctions. Women have played a prominent role in the protests, waving and burning their veils, with some cutting their hair in public.

Amini fell into a coma while held by police after what authorities said were a stroke and a heart attack.

Iran’s morality police enforce strict rules in Iran requiring women to cover their hair and wear loose-fitting clothes in public. Her funeral was held on Saturday.

Her father has rejected that, and said that she had no health problems and that she suffered bruises to her legs in custody. The police have denied harming her.

Iranian media and a local prosecutor said five people had been killed in the last two days, bringing the death toll according to official sources to nine, including a member of the police and two pro-government militia members.

NetBlocks, a London-based group that monitors internet access, had earlier reported widespread disruptions to both Instagram and WhatsApp, as well as wider internet outages.

On Wednesday, Iran’s telecommunications minister Isa Zarepour was quoted by state media as saying that certain restrictions might be imposed “due to security issues”, without elaborating.

In a separate development, several official websites, including those for Supreme Leader Ali Hosseini Khamenei, the presidency and the Central Bank, were taken down, at least briefly, as hackers claimed to have launched a cyberattack on state agencies.