Pianist performs amid ruins of Irpin 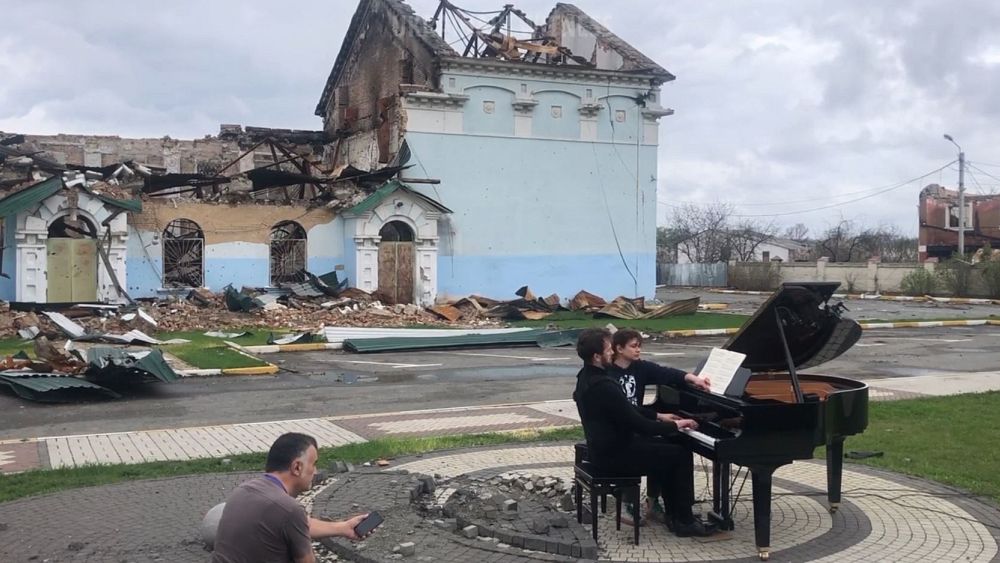 The ruins of Irpin’s House of Culture were the poignant backdrop to a performance of Chopin’s nocturnes by the Lithuanian pianist Darius Mazintas on April 26.

Video of the open-air concert was released by Ukrainian Witness, showing Mazintas’s performance mixed with shots of the destruction in the Kyiv suburb. “My heart’s breaking seeing this,” Mazintas said, “because to destroy so much during this amount of time, to kill so many people is dreadful.”

In an interview with LRT, the Lithuanian public broadcaster, Mazintas explained why Irpin was chosen for the performance. “It is close to Kyiv, a city that has suffered greatly in terms of infrastructure,” he said, according to a translation. “For me, as an artist, it was very symbolic. In the immediate vicinity, Ukrainians repulsed and expelled Russian troops.”

He also explained why he choose Chopin’s music: “Music is a collection of emotions, so Chopin’s music was suitable for this dramatic situation. There is a lot of drama, pain and hope, light in his music. A full range of emotions and feelings, I wanted to give it all through music.”

The concert was backed by the Looking at the Stars Foundation, a Canadian charity of which Mazintas is an artistic director.