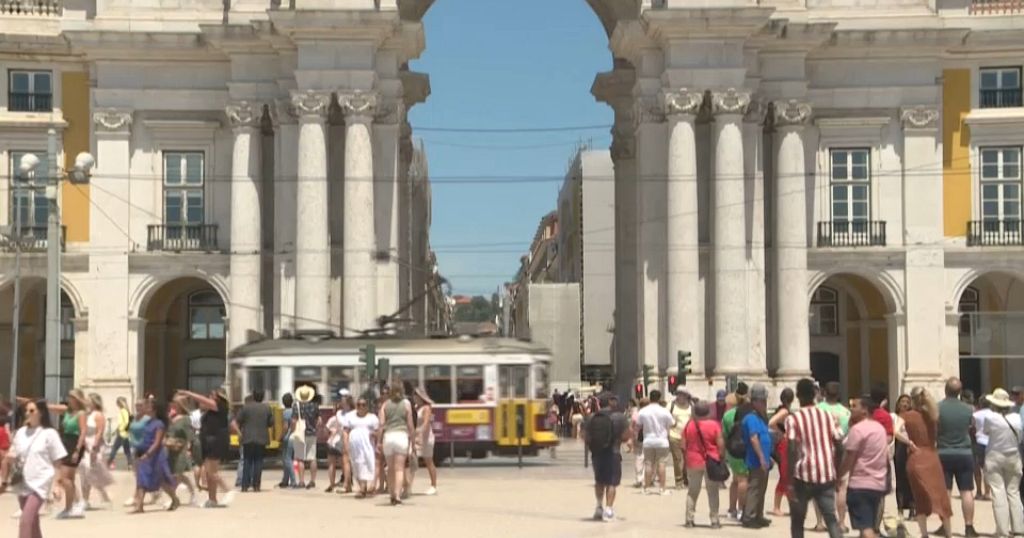 Tourists are returning to Portugal, but tourism, which longed to forget the years of the pandemic, has gained a new headache.

According to official figures, there is a shortfall of between 40.000 to 50.000 workers to meet the demand.

As a solution, the government is setting up protocols to help businessmen recruit in Portuguese-speaking countries.

Portuguese-speaking African countries (PALOP) are an attractive market for the sector and in the Algarve, where occupancy rates are expected to exceed 90% this month and in September, the situation has already led many businessmen to recruit in the African market.

Cape Verde is one of the target countries.

Hoteliers here are already talking of a “brain drain” of emigration in a sector that contributes to a quarter of the country’s Gross Domestic Product.

Portuguese unions are also unhappy with the solution.

The workers’ representatives argue that the lack of manpower cannot be replaced with low wages, and demand better working conditions.

According to the National Institute of Statistics, gross wages in the sector increased by 7.5% in 2021, but despite the rise hotel workers still receive 247 euros below the national average wage.

Portugal is one of the European states that most depends on tourism for wealth production.

In 2019, before the cuts imposed by the pandemic, the sector contributed to more than 15% of national GDP.