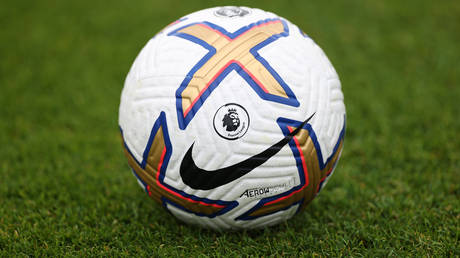 The club says the player ‘can fulfill his professional commitments’

The English Premier League club whose star was recently arrested on suspicion of rape will not suspend the player.

The unnamed club revealed this to The Athletic, with their decision coming despite Mason Greenwood being suspended by Manchester United after being apprehended on suspicion of rape and assault, and a separate Premier League club suspending their former player who cannot be named after he was arrested on suspicion of committing child sex offenses.

“We are aware of the allegations which are currently the subject of a police investigation,” said the club to The Athletic.

“We have confirmed that the player denies the allegations and is on police bail pending the outcome of their inquiries.

“There have been no charges laid and the player can fulfill his professional commitments including permitted travel.”

The club added that it takes its “commitments and responsibilities seriously” and has followed safeguarding policies and procedures.

“We will keep this matter under close consideration and will review further if circumstances change,” it vowed.

The most recent footballer arrested on suspicion of rape cannot be named for legal reasons but is said to be in his late twenties.

First brought into custody in north London earlier this month and released on bail, he was then re-arrested for allegedly committing a further two attacks on a different woman but denies the allegations.

The club not deciding to suspend their player sees them follow the same trajectory as Brighton when Yves Bissouma, who now plays for Tottenham, was not suspended when arrested under suspicion of sexual assault alongside a man in his 40s in October last year.

Bissouma has since been cleared of the allegation. In Manchester, Benjamin Mendy was allowed to play for his club until charged by police and continues to deny ten sexual offenses against six women while sidelined by the Premier League champions and waiting to go on trial on August 10.

Greenwood remains suspended by Manchester United after being arrest on suspicion of rape, assault and threats to kill and is out on bail after a court hearing last month.