The President of Kazakhstan has described the protests last week in which dozens are reported to have died, as an attempted coup. Troops from Russia are in the country to support its government in restoring order and President Putin said Kazakhstan had been targeted by “international terrorism”. Huw Edward presents BBC News at Ten reporting by Steve Rosenberg in Almaty. Please subscribe HERE http://bit.ly/1rbfUog #BBCNews 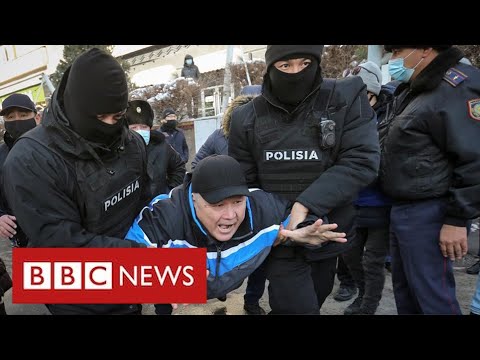