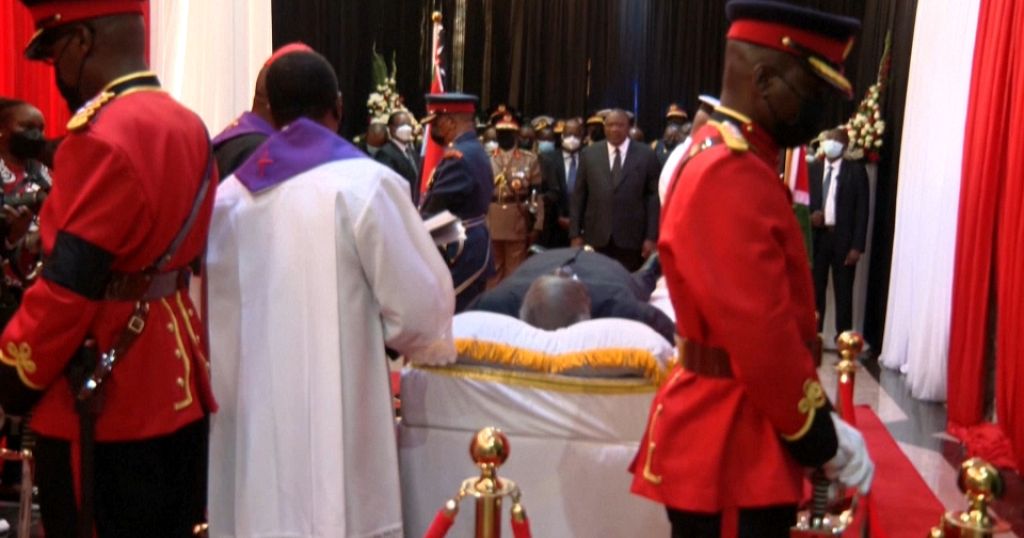 As Kenyans and the rest of the world continue to pay tribute to the late former president of Kenya, Mwai Kibaki, his remains were taken from Lee Funeral Home by a military motorcade to the parliament building on Monday.

Kibaki’s body was received by President Uhuru Kenyatta and First Lady Margaret Kenyatta who are leading the nation in mourning the late President.

Although his rule was marred by rampant government corruption and lavish spending on flagship projects that contributed to a debt mountain, Kibaki will be remembered for leaving a legacy of strong growth in the regional economic powerhouse, launching major infrastructure projects and boosting the struggling health and education sectors.

Kibaki who kept a low profile since leaving office, his health had fluctuated since a serious car accident in 2002 and he had been in and out of the hospital.

Final rites for President Kibaki will be held on Saturday, April 30, with a memorial service at Othaya Stadium and he will be buried at his Othaya Home, next to his late wife Mama Lucy Kibaki.