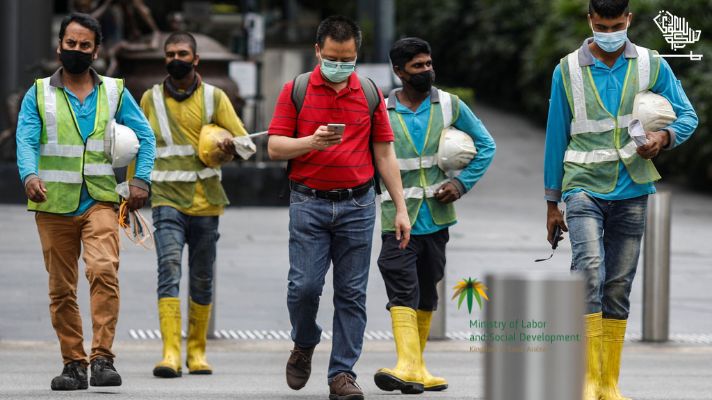 Riyadh – Many private sector foreign workers were surprised when they recently received text messages about a change in their profession.

Many workers and employers contacted the labor offices, inquiring about the state of affairs upon receipt of the change of profession text messages.

The change in some professions came after the Ministry of Human Resources and Social Development updated the regulations concerning some careers of foreign workers in the private sector.

This change is in line with the occupations approved by the Saudi Standard Classification of Occupations (SSCO). The updated regulation cooperates with the Qiwa platform under the ministry.

Recommended: Job Markets and The Most Demanding Jobs in The Future

GASTAT, the General Authority for Statistics, and, Jawazat, the General Directorate of Passports, also contributed and cooperated with these amendments.

The Qiwa platform instructed the establishments to correct the profession of some of their employees.

Qiwa posted a notice on its platform to the owners of companies and establishments, stating that there are several employees whose professions must change according to the manual of SSCO.

Meanwhile, the Qiwa platform had recently canceled the condition of obtaining foreign workers’ consent for changing some professions in their iqama (residency permit).

The above applies to the eight occupations and professions included recently in the platform.

Qiwa instructed placing these jobs in specialized professions per the directive of SSCO. The amendment will apply to the Qiwa platform for the workers of establishments only and not to the platform for individuals.

Recommended: The procedure to transfer employees through the QIWA platform in KSA.

Change of profession usually requires the worker’s approval ad a processing fee of SR2000. There is an exception for eight professions where the change is a ‘correction’ of professions.

These occupations/professions will be allowed to be corrected only once without fees.

The platform states that a correct description of the professions to be recruited is compulsory for any future recruitment. Recruiting any workers in the occupations mentioned previously will not be permitted.