Putin: if someone intervenes in Ukraine, Russia’s strikes will be lightning fast

Vladimir Putin spoke before the Council of Legislators in St. Petersburg.

Below are a few key statements from his speech:

If someone dares to intervene in the situation in Ukraine from the outside and creates strategic threats, Russia’s strikes will be lightning fast. All decisions have been made at this point;

Adversaries of the Russian Federation simply do not need such a big country as Russia;

The West has taken Ukraine to direct military confrontation with Russia. The West ordained the people of Ukraine the fate of expendables;

The Russian economy has not crumbled, but withstood the impact of sanctions;

Russia will respond to “clumsy” attempts to isolate the country with more business freedom and openness.

We have weapons that we can brag about, but we will not brag, we will use them, if necessary;

The number of foreign mercenaries fighting in Ukraine is constantly growing. The Russian Ministry of Defense will soon show some of the captured mercenaries;

The special operation in Ukraine has averted a real danger for Russia.

“With their courage, determination, heroism, they (the Russian Armed Forces — ed.) have prevented a large-scale conflict that would have unfolded on our territory, albeit on someone else’s scenarios,” Putin said.

Putin also expressed confidence that the tasks of the special operation in Ukraine would be fulfilled, and Russia would cope with all the challenges. The safety of the people residing in Donetsk and Luhansk People’s Republics, as well as in Crimea, will be guaranteed, he added. 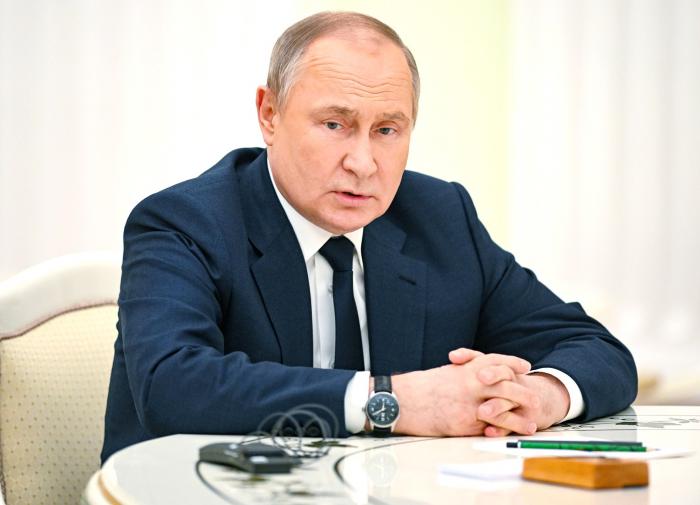