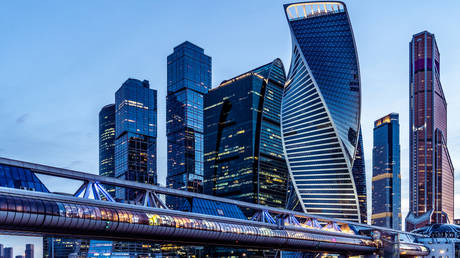 Russia faces unprecedented sanctions pressure that continues to intensify, President Vladimir Putin said on Monday, noting that despite the prevailing conditions, the country’s economy has the opportunity to function stably and smoothly. He has promised to support businesses as much as possible, including foreign firms that have stayed in Russia.

To do that, it is necessary to respect the rights of business owners and support them to the full, including by reducing the administrative burden, Putin said. Foreign companies that have remained in Russia despite sanctions pressure should be allowed to “work peacefully,” he added.

The Russian president earlier instructed the government to allocate additional resources to support small and medium-sized businesses and create better growth conditions for new industries based on new and yet-to-be-developed supply chains. Putin also said he believes that sanctions will result in new leaders emerging in the Russian market.

Hundreds of Western companies have suspended operations and investment in Russia after it became the target of sanctions by the US and its allies. A number of countries have also arrested Russian foreign assets, along with those belonging to the country’s businesses and high-profile individuals. However, Putin said there are no plans to nationalize foreign assets in Russia in response. “Unlike Western countries, we will respect property rights,” he said.