Putin’s war on Ukraine has ‘driven US-Russia relations into the depths,’ US ambassador to Moscow says 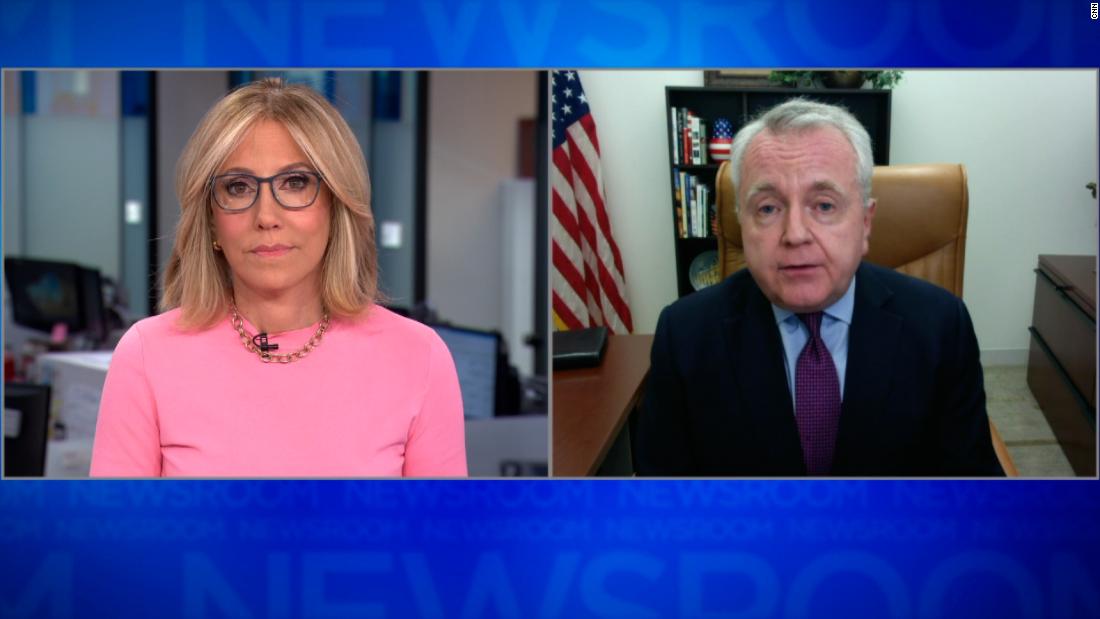 Although the top envoy did not say that the relationship between Washington and Moscow was at its absolute lowest point, Sullivan noted that it was “about as bad as it could be.”
“US-Russia relations were bad when I arrived here in January of 2020,” and “they have just gotten worse, spiraled downward, since then,” he said.
In an interview from Moscow with Alisyn Camerota on “CNN Newsroom,” Sullivan said there has been “very little engagement with the Russian government,” and his communications have focused on the detained US citizens and “the functioning of our embassy,” which is under sharp restrictions imposed by the Russian government.
On Wednesday, American Trevor Reed was released from Russian custody in a prisoner swap — a major development in which Sullivan was a key player. However, other Americans remain detained, including Brittney Griner and Paul Whelan, the latter of whom has asked why he was “left behind.”
“Why was I left behind? While I am pleased Trevor is home with his family, I have been held on a fictitious charge of espionage for 40 months,” Whelan said in a statement to his parents and shared with CNN. “The world knows this charge was fabricated. Why hasn’t more been done to secure my release?”
Sullivan told CNN that he “couldn’t agree with Paul more in the sense that he has been convicted of a fabricated charge.”
“I’ve been advocating for his release both publicly in negotiations with the Russian government since before I got here as ambassador, when I was deputy secretary of state when Paul was originally arrested back in December of 2018,” he said.
“I’ve never relented in my advocacy for Paul in engagement with the Russian government, for Paul’s release,” Sullivan added, noting that “this case, Trevor’s case, is just one step.”
On the Russian war in Ukraine, Sullivan suggested it is up to one man — Russian President Vladimir Putin — to bring the brutal conflict to an end.
“This war started with a decision by President Putin; this war will end with a decision by President Putin,” he said, adding that the United States is “going to do all we can to make sure that that decision is a strategic defeat for him and his government, and not a victory for him in Ukraine.”
The US ambassador said the rhetoric about Russia potentially using nuclear weapons has escalated in “a dramatically irresponsible way recently,” but noted it “isn’t new,” citing pre-war conversations that would “spiral” to warnings about nuclear confrontation if the US and NATO continued to support Ukraine.
“And my reaction on the other side of the table is astonishment,” Sullivan said. “And unfortunately, what we’ve seen most recently is, at the most senior levels of the US government, an escalation of that rhetoric.”
Sullivan said the US has ratcheted down in response, noting that Secretary of Defense Lloyd Austin had paused and then canceled a missile test despite preplanning and notifying the Russian government.
“We do not engage in irresponsible rhetoric with respect to nuclear weapons,” Sullivan told CNN.
The US is “prepared to deter nuclear aggression against the United States,” he added.
“We won’t succumb to nuclear blackmail, but we won’t tolerate nuclear saber rattling and nuclear brinksmanship,” he said.