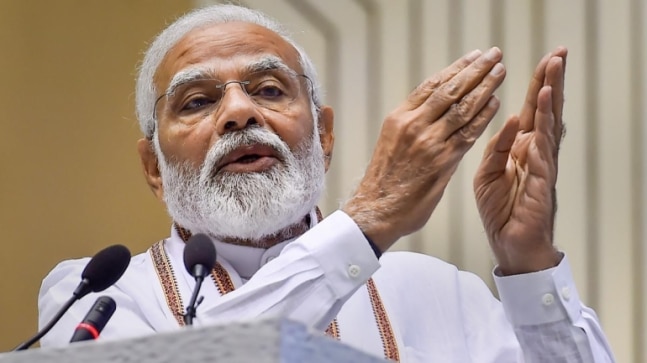 Traces of RDX and a nitrate compound were found at the site of the explosion that took place close to PM Narendra Modi’s rally venue in Jammu on Sunday. Police had initially called the crater formed “the result of a meteorite impact”. A detailed report is awaited by the CFSL.

The explosion occurred at a field in Jammu’s Laliana village, 12 km away from the venue for PM Modi’s rally in Jammu and Kashmir.

The police initially said: “It doesn’t seem to be terror-related. Details are being ascertained. We suspect it to be a meteorite…. might be lightning”, a senior police officer said.

Prime Minister Narendra Modi visited Jammu and Kashmir on Sunday. In Palli Panchayat in Samba district of the Jammu division, he addressed Gram Sabhas across the country on the occasion of National Panchayati Raj Day. PM Modi also inaugurated and laid the foundation stone of development projects worth over Rs 20,000 crore in Jammu and Kashmir on Sunday. This included the Banihal-Qazigund road tunnel, the Delhi-Amritsar-Katra Expressway and the Ratle and Kwar hydroelectric projects.