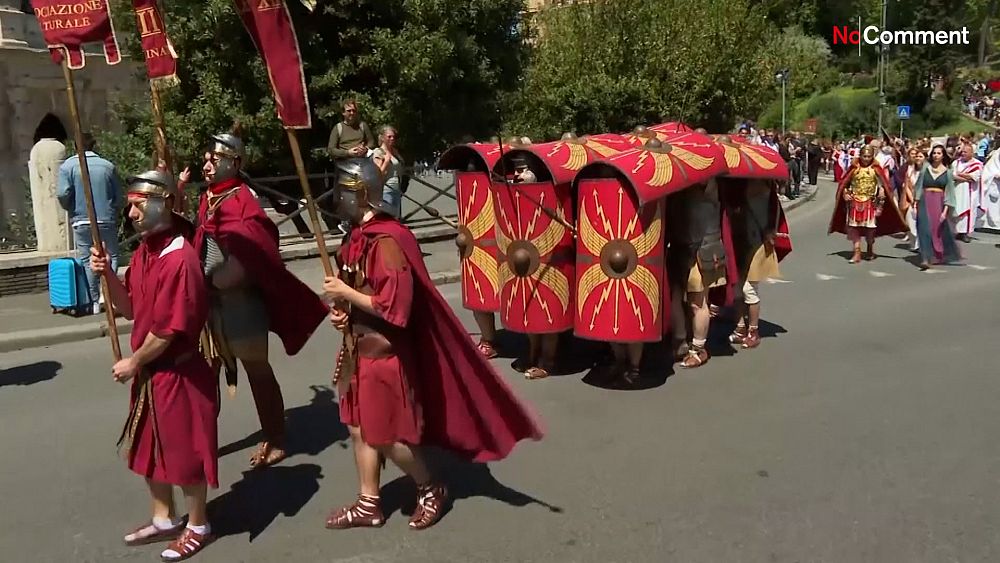 The events were opened to the public for the first time in two years after Italy eased its COVID-19 restrictions.

The highlight of the celebrations is the Roman historic parade.

Approximately 800 costumed participants, coming from seven European countries and belonging to thirty-three associations, marched through the Rome city center from and to the Circus Maximus, via the Colosseum.