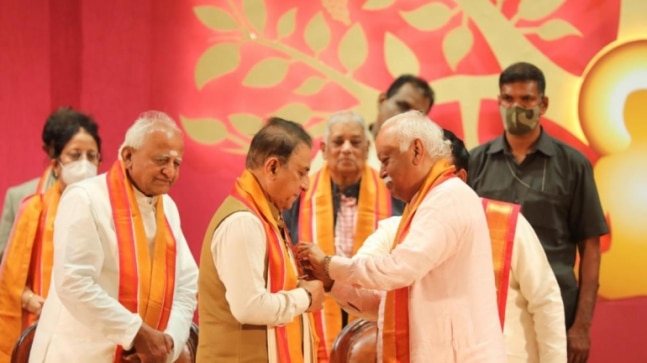 While delivering the first convocation address of the university on the day, Bhagwat said the signs of the country marching ahead are now visible everywhere.

“The signs of India growing by bringing together its knowledge base from the past with the futuristic studies are now visible everywhere. If someone had said 10-12 years ago that India will grow, then we would not have taken it seriously,” Bhagwat said during the first convocation of Sri Sathya Sai University for Human Excellence, Sathya Sai Gram at Muddenahalli in Chikkaballapura district.

He, however, said the process of the nation’s did not start immediately, but from 1857, which was further advanced by Swami Vivekananda.

Bhagwat said the excellence can be achieved through spiritual means as science has not yet understood the source of creation.

Science tried everything through its fragmentary approach and also found that everything is interconnected. However, it has not yet discovered the connecting factor, the RSS Sarsangh Chalak said.

According to him, the existing science lacks coordination and balance in the study of external world resulting in conflicting situation everywhere.