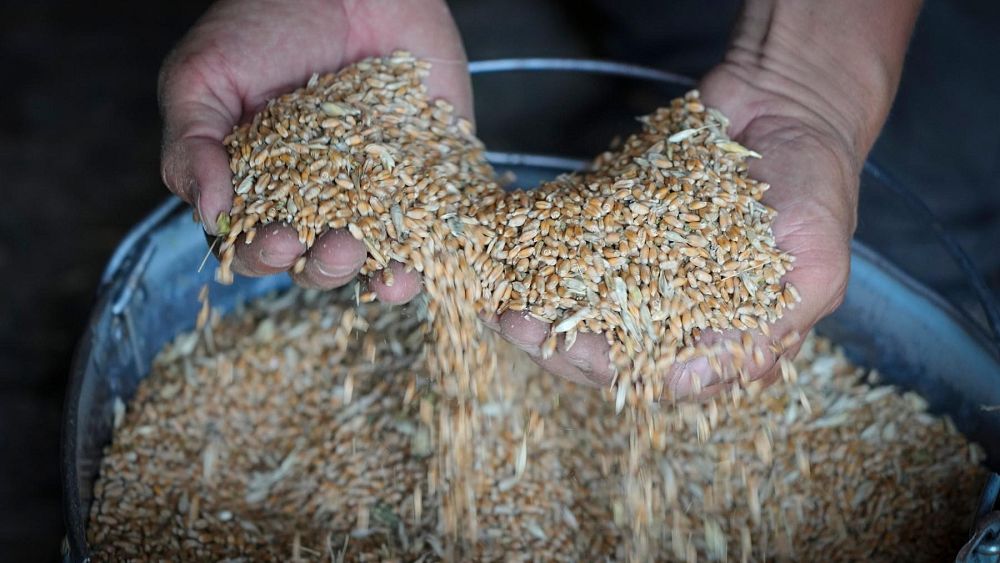 Military officials from Russia and Ukraine are due to meet in Istanbul on Wednesday, for their governments’ first face-to-face talks in months. The session will be devoted to a United Nations plan to export blocked Ukrainian grain to world markets through the Black Sea.

Turkish military officials and UN representatives are also expected to take part in the discussion, focused on finding a way to get millions of tons of grain sitting in silos amid the war in Ukraine shipped out of the country’s ports towards the Mediterranean.

Ukraine is one of the world’s largest exporters of wheat, corn and sunflower oil, but Russia’s invasion disrupted production and halted shipments, endangering food supplies in many developing countries, especially in Africa, and contributing to higher prices.

Turkey has offered to provide safe Black Sea corridors and has worked with the UN, Russia and Ukraine to reach an agreement. The UN would establish a centre in Istanbul to control the shipments, Turkish officials  said.

Many of Ukraine’s ports are heavily mined. Russian President Vladimir Putin has pledged that Moscow wouldn’t use the designated corridors to launch an attack, if the sea mines were removed.

Ukrainian officials have blamed a Russian naval blockade for holding up exports and causing a global food crisis. They also remain skeptical of Putin’s pledge, noting that he insisted at the beginning of the year he had no plans to invade Ukraine.

Ahead of the talks in Istanbul, a senior Russian diplomat said Moscow was willing to ensure safe navigation for ships to carry grain from Ukrainian ports but would press for its right to check the vessels for weapons.

Pyotr Ilyichev, the head of the Russian Foreign Ministry’s department for ties with international organisations, said Russia’s military had repeatedly declared its willingness to allow for safe shipping corridors in the Black Sea.

Seventy vessels from 16 countries have remained stuck in Ukrainian ports, Ilyichev said, alleging that Ukrainian authorities had barred them from departing.

“Our conditions are clear: we need to have a possibility to control and check the ships to prevent any attempts to smuggle weapons in, and Kyiv must refrain from any provocations,” Russia’s Interfax news agency quoted Ilyichev as saying.

UN Secretary-General Antonio Guterres has worked for months to secure a deal that would allow Ukraine to export wheat and other commodities from Odesa, the country’s largest port, and also enable Russia to export grain and fertiliser to global markets.

Asked about Wednesday’s talks, Guterres said Tuesday: “We are working hard, indeed, but there is still a way to go.”

The war has trapped about 22 million tons of grain inside Ukraine, according to Ukrainian President Volodymyr Zelenskyy. United Nations, Turkish and other officials have been scrambling for months for a solution that would empty the silos in time for the upcoming harvest in Ukraine.

The UN Food and Agriculture Organisation has said that the war is endangering food supplies for many developing nations, and could worsen hunger for up to 181 million people.

Turkey has retained its close ties to both Moscow and Kyiv. It previously hosted a meeting between the Russian and Ukrainian foreign ministers, as well as talks between the two countries’ negotiating teams.