Russia liquidates more than 350 Ukrainian fighters at shipyard in Nikolaev

The Aerospace Forces of Russia liquidated more than 350 military personnel of the Armed Forces of Ukraine as well as 20 units of military equipment at a shipyard in Nikolaev, the Russian Defense Ministry told reporters on July 13.

In total, since the beginning of the special military operation, 4,050 tanks and other armored combat vehicles, over 740 multiple rocket launcher systems (MLRS), 3,145 field artillery pieces and mortars, as well as more than 4,190 units of special military vehicles have been destroyed, the military department added.

Andrey Marochko, a representative of the People’s Militia of the Luhansk People’s Republic, said that Ukrainian troops launched a massive strike on an air defense military unit in Luhansk. The unit is responsible for the security of the city.

Explosions rocked at about 23:45 local time near the village of Aleksandrovka and the village of Metallist. Shell explosions were visible in the sky. At least four anti-aircraft missiles were fired at air targets west of Luhansk, RIA Novosti said.

Later, a fire broke out in the vicinity of Luhansk. The sounds of explosions were heard throughout the city. 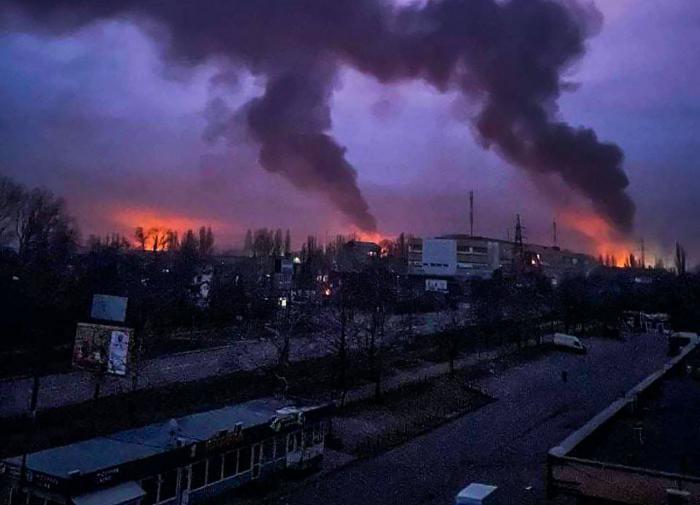