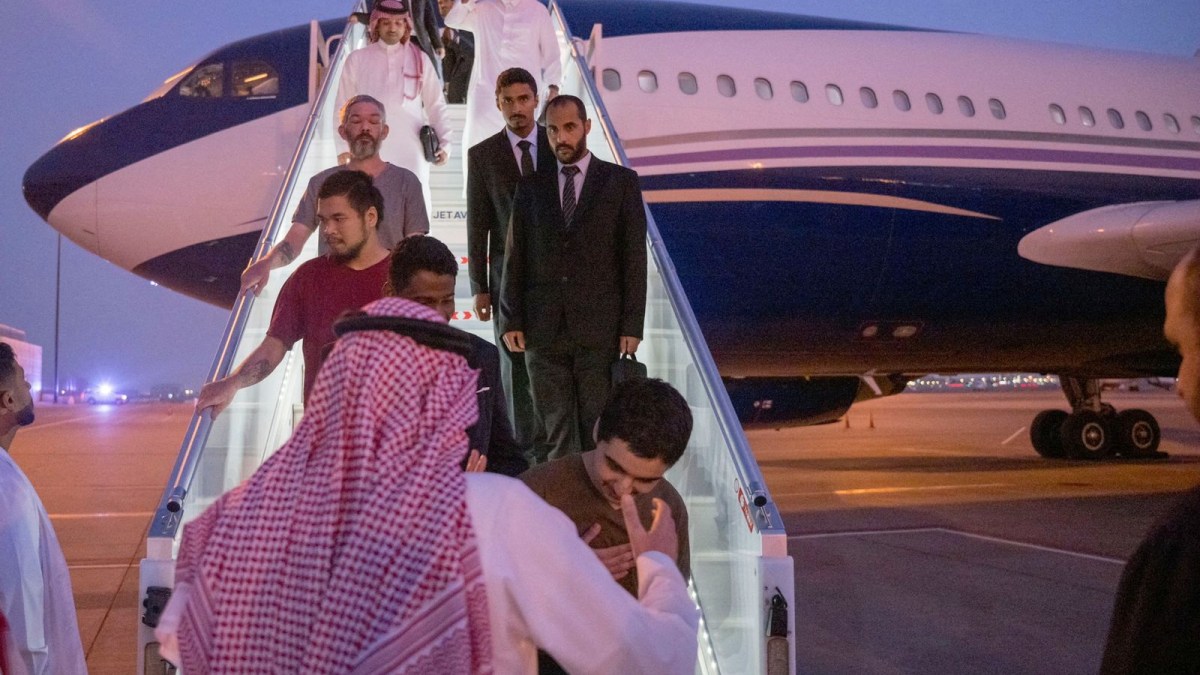 The POWs have been released and transferred to Saudi Arabia as part of a Russia-Ukraine exchange mediated by the Saudi crown prince.

Ten prisoners of war from countries including the United States and Britain have been released and transferred to Saudi Arabia as part of an exchange between Russia and Ukraine, the Gulf kingdom said on Wednesday.

The release came following mediation by Saudi Crown Prince Mohammed bin Salman, “in continuation of [his] commitment to the humanitarian initiatives towards the Russian-Ukrainian crisis”, the Saudi foreign ministry said.

The group includes five British nationals, two Americans, a Croatian, a Moroccan and a Swedish national, the ministry said in a statement, adding that a plane carrying the prisoners landed in the kingdom.

The Saudi statement said they had arrived from Russia and that Saudi authorities were “facilitating procedures for their safe return to their respective countries”.

The ministry did not identify the prisoners.

However, British lawmaker Robert Jenrick said Aiden Aslin was among those released. Aslin was captured earlier this year then sentenced to death by a court in the self-proclaimed Donetsk People’s Republic (DPR), one of Russia’s proxies in eastern Ukraine.

The pair, both from Alabama, were captured in June while fighting in eastern Ukraine where they went to support Ukrainian troops resisting Russia’s invasion.

British Prime Minister Liz Truss hailed the release of the British nationals on Twitter as “hugely welcome news” after “months of uncertainty and suffering for them and their families”.

Hugely welcome news that five British nationals held by Russian-backed proxies in eastern Ukraine are being safely returned, ending months of uncertainty and suffering for them and their families.

Truss said they had been “held by Russian-backed proxies in eastern Ukraine”, and thanked both Ukrainian President Volodymyr Zelenskyy and Saudi Arabia for helping free them.

Large numbers of foreigners have travelled to Ukraine to fight since Russia’s February 24 invasion. Some of them have been caught by Russian forces, along with other foreigners in the country who say they were not fighters.

Swedish Foreign Minister Ann Linde said on Twitter that the Swedish citizen, held in Donetsk, “has now been exchanged and is well”. She also thanked Ukraine and Saudi Arabia.

The Swedish citizen detained in Donetsk has now been exchanged and is well. I have worked closely with my Ukrainian colleague and would like to extend my deepest gratitude. A warm thank you also goes to Saudi Arabia.

Both Ukrainian and Russian forces have captured hundreds of enemy fighters since the start of the conflict, with a handful of prisoner exchanges having taken place.

The head of the United Nations human rights mission in Ukraine said earlier this month that Russia was not allowing access to prisoners of war (POWs), adding that the UN had evidence that some had been subjected to torture and ill-treatment that could amount to war crimes.

Russia denies torture or other forms of maltreatment of POWs.