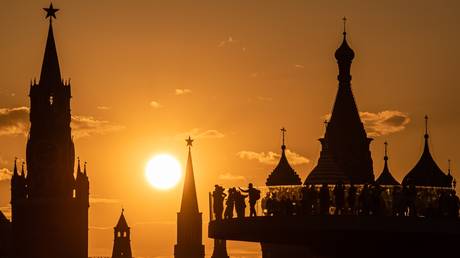 Moscow will use the money to cover the budget deficit, the Finance Ministry says

Russia’s Finance Minister Anton Siluanov said on Wednesday that the National Wealth Fund (NWF), which accumulates revenue from oil exports, will be the main source of financing for a budget deficit expected to reach 1.6 trillion rubles ($21.6 billion) in 2022.

He noted that a spending limit would be imposed to prevent the fund from drying up. “If revenues will be higher than planned, we will spend less from the NWF. In the opposite case, we will spend more from it,” Siluanov said.

According to the minister, Russia will also channel 50 billion rubles ($674 million) from the rainy-day fund to top up the capital of Gazprombank, which needs additional funds to carry out infrastructure projects.

The ministry wants to adjust Russia’s fiscal rules, designed to shield the economy from swings in oil prices. “In the current conditions, the old rules cannot be implemented,” Siluanov said. “The finance ministry has made proposals for new budget rules that the government is considering.”

Under the current rule, Moscow cannot spend more than its non-oil and gas revenues together with proceeds from selling crude above a particular price.

Siluanov also said Russia will not borrow on the domestic market this year but could gradually return to borrowing in 2023 if inflation and OFZ government bond prices stabilize.

The National Wealth Fund is part of Russia’s federal budget assets. It was created to support the national pension system, and the funds can also be used to cover budget deficits in times of crisis. The assets of the fund amounted to around $155 billion as of February.

In 2020, the ministry proposed diversifying the assets of the National Wealth Fund, allowing part of them to be held in precious metals, particularly gold.