Ukraine says that Russia continues to bombard the steel works in Mariupol where the last civilians and fighters are holding out from Russian occupation. President Putin has said that there are no on going attacks on the steel works and accuses the Ukrainian forces of using civilians as human shields. Russian forces have occupied the rest of Mariupol and civilians who have fled the city say that Russian soldiers took people from their homes and took them to Russian controlled towns. Please subscribe HERE http://bit.ly/1rbfUog #Ukraine #Russia #BBCNews 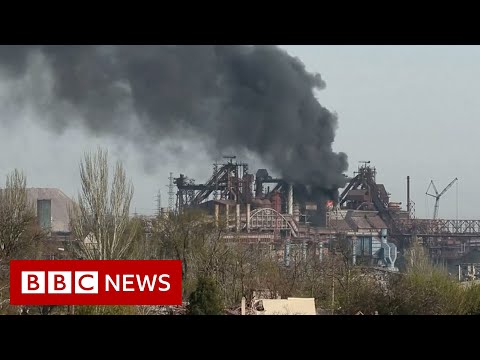