Russian military vehicles with “O” symbol painted on them on was spotted in Ukraine.

Yevgeny Poddubny, a military reporter at the All-Russian State Television and Radio Broadcasting Company, explained the meaning of the symbol in a post on Telegram.

“‘O’ stands for ‘Courageous’ (translates into Russian as ‘otvazhny’ – ed.),” the reporter explained.

According to the military journalist, it was a brigade of the “O” group that liberated the village of Lozovoe on the territory of the Donetsk People’s Republic (DPR). The fighters from this unit were sent towards the settlements за Slavyansk and Kramatorsk.

Earlier, the Ministry of Defense explained the meaning of ‘Z’ and ‘V’ symbols painted on Russian military equipment. According to the ministry, the Latin letter Z means “Za Pobedu” (“For Victory”), whereas the letter “V” means “Sila V Pravde” (“Power in Truth”).

Russia pulls back all troops from Azovstal

The Russian military and the troops of the Donetsk People’s Republic (DPR) will pull back to a safe distance from the Mariupol Azovstal plant to give civilians an opportunity to leave the steel plant, Colonel-General Mikhail Mizintsev, the head of the National Defense Control Center of the Russian Federation told reporters.

Starting from 2:00 p. m. MSK, the Russian forces and the forces of the Donetsk People’s Militia unilaterally cease hostilities and ensure a possibility for civilians to leave the territory of the steel plant.

To demonstrate readiness for the humanitarian operation, the Ukrainian side needs to raise white flags in the directions where civilians can leave the territory of Azovstal, Mikhail Mizintsev added.

A humanitarian corridor around Azovstal has been in effect for 36 days already, he added.

Earlier, Denis Pushilin, the head of the DPR, said that Ukrainian fighters surrounded at Azovstal have no opportunity to show active resistance to Russian and DPR forces. 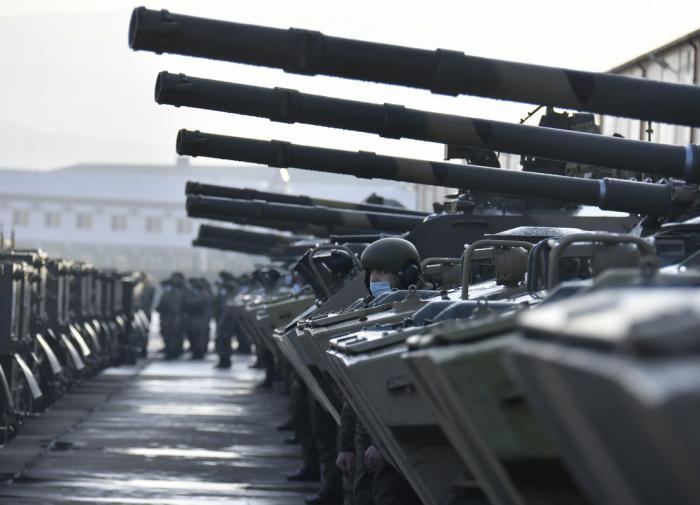