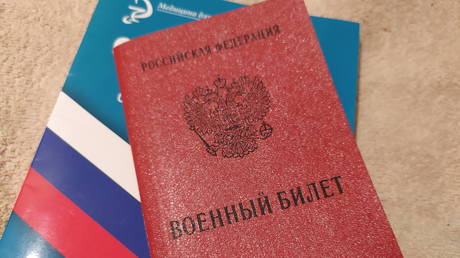 Reservists with combat experience and relevant military specialties would be drafted first, the Russian Defense Ministry has said

Induction offices in Russia will focus on reservists with combat experience and relevant military specialties during the ongoing mobilization, the Russian Defense Ministry told journalists on Thursday. On Wednesday, Russian President Vladimir Putin announced the partial mobilization amid the prolonged conflict with Ukraine.

There is no specific drafting order, the ministry admitted, but said priority would be given to reservists, who have previously undergone training as tank operators, artillery crew members, drivers, mechanics and motorized infantry. It also called combat experience “one of the key factors” in its choice of draftees.

People employed in the defense industry will be exempted from mobilization, as well as those that do not meet the health criteria, have at least four children, or care for disabled relatives, the ministry explained. Each region will be required to draft a certain number of reservists depending on its population, the ministry added, without providing the exact numbers.

On Wednesday, Russian Defense Minister Sergey Shoigu stated that the mobilization would involve calling to arms some 300,000 reservists, or just over 1% of Russia’s full mobilization potential. Putin had previously said that the defense ministry had recommended drawing military reservists into active service amid the prolonged conflict in Ukraine and Donbass.

Shoigu explained that additional troops were required to control the 1,000km-long contact line with Ukrainian forces and the Russian-held areas.

Some media then claimed that the number of those supposedly expected to be called to arms might amount to one million. However, the Kremlin has denied such reports by calling them “a lie.”