Russian protesters take to the streets over Putin’s mobilisation order 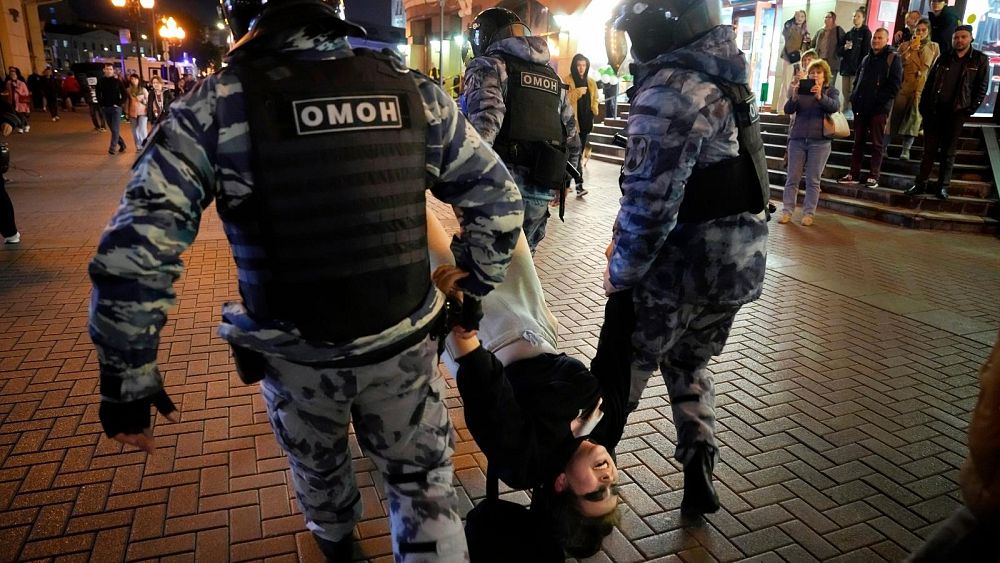 More than 800 protesters have been arrested in cities across Russia as they protested Vladimir Putin’s order to mobilize 300,000 troops to fight in the Ukraine war.

Putin’s speech sparked protests in at least 37 cities including St Petersburg, and the capital Moscow, according to the independent Russian human rights group OVD-Info.

Journalists in Moscow witnessed at least a dozen arrests in the first 15 minute of a protest, as participants risks Russia’s harsh laws on criticising the military and the war.

Asked whether protesting would help, one Muscovite who declined to give their name said: “It won’t help, but it’s my civic duty to express my stance. No to war!”

“Thousands of Russian men – our fathers, brothers and husbands – will be thrown into the meat grinder of the war. What will they be dying for? What will mothers and children be crying for?” the Vesna opposition movement said, calling for demonstrations.

As protest calls circulated online, the Moscow prosecutor’s office warned that organising or participating in such actions could lead to up to 15 years in prison. Authorities issued similar warnings ahead of other protests recently, however Wednesday’s demonstrations were the first nationwide antiwar protests since the war began in late February.

The state communication watchdog Roskomnadzor also warned media that access to their websites would be blocked for transmitting “false information” about the mobilisation. It was unclear exactly what that meant.

Kremlin spokesman Dmitry Peskov, asked what had changed since he and others previously said no mobilisation was planned, said Russia is effectively fighting NATO because the alliance’s members have supplied weapons to Kyiv.

Western leaders said the mobilisation was in response to Russia’s recent battlefield losses in Ukraine.

President Putin’s partial mobilisation order came a day after Russian-controlled regions in eastern and southern Ukraine announced plans for referendums on becoming integral parts of Russia – a move that could eventually allow Moscow to escalate the war.

The referendums will start Friday in the Luhansk, Kherson and partly Russian-controlled Zaporizhzhia and Donetsk regions, and the balloting is all but certain to go Moscow’s way.

Foreign leaders are already calling the votes illegitimate and nonbinding. Ukrainian President Volodymyr Zelenskyy said they were a “sham” and “noise” to distract the public.