Rwanda’s Kagame in Uganda on rare visit as ties warm 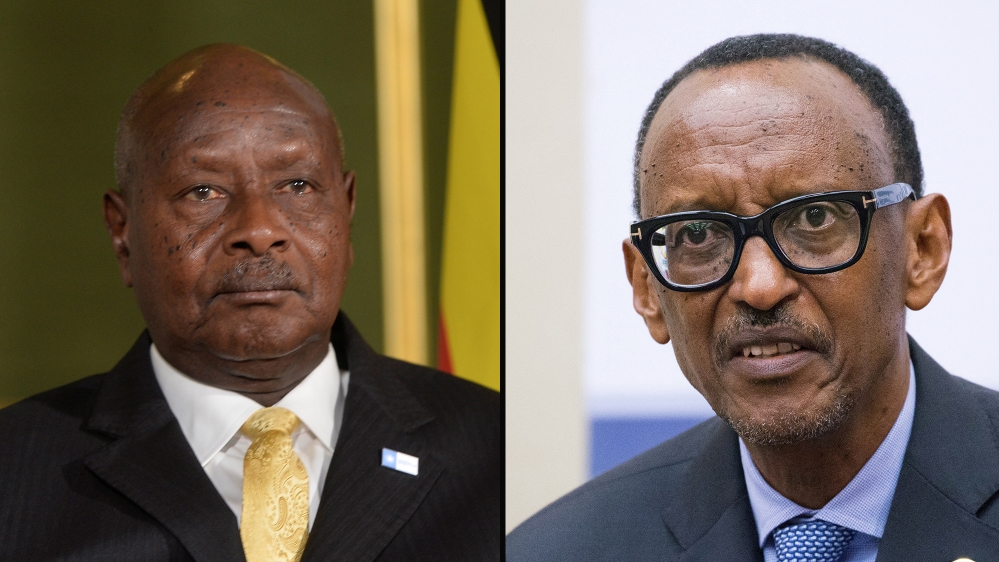 Rwanda’s President Paul Kagame has arrived in Uganda, making his first visit to the country in four years as the relationship between the two East African nations improves following long-simmering tensions.

Public broadcaster Rwanda Broadcasting Agency said on Sunday that Kagame had arrived in Kampala to meet his Ugandan counterpart Yoweri Museveni and attend the 48th birthday party of Museveni’s powerful son, Muhoozi Kainerugaba, who has been instrumental in the rapprochement between the two neighbours.

Kainerugaba has played a key role in repairing long hostile relations with Kigali, including holding talks with Kagame that led to a reopening of the land border in January after three years of closure.

The Ugandan high commission in Kigali said Kagame was on “a private visit”, adding that Kainerugaba and security minister Jim Muhwezi were among the senior government officials who received the Rwandan leader.

Kainerugaba, who heads Uganda’s land forces and serves as a special presidential adviser, has previously referred to Kagame as “my uncle” on Twitter.

“Those who fight him are fighting my family. They should all be careful,” he wrote in January.

The visit comes weeks after Uganda announced the deportation of a leading figure belonging to the banned opposition group Rwanda National Congress (RNC), which Kigali considers a “terrorist” outfit.

The reported presence on Ugandan soil of rebels seeking to topple Kagame has been a long-running sore in relations between the two neighbours.

Kainerugaba had promised to crack down on the RNC, which was founded in 2010 by former Rwandan army chief Kayumba Nyamwasa and ex-spy boss Patrick Karegeya who both became fierce Kagame critics.

Although the two men were close allies in the 1980s and 1990s, the two countries later fell out over mutual accusations of espionage, abductions and support for rebels.

The Uganda-Rwanda border was abruptly closed in 2019 as tensions spiralled, but was reopened in January this year in a major sign of warming ties.

Although Kainerugaba has repeatedly denied claims he intends to succeed his 77-year-old father – one of Africa’s longest-serving leaders – observers point to his rapid rise through Uganda’s army ranks as proof that he is being groomed for the top job.