Extraordinary recordings of what is believed to be Tunisian president Zine al-Abidine Ben Ali’s phone calls as he flew out of the country, have been obtained by the BBC. These final moments show how the dictator’s authority crumbled, sealing the fate of his 23-year dictatorship and sparking the region's wave of pro-democracy Arab Spring uprisings. The recordings have been forensically analysed by audio experts who found no evidence of manipulation. The BBC has played the audio to people who know the individuals concerned, and they believe the voices to be genuine. However some of the people concerned strongly dispute their veracity. If genuine, they give an incredible insight into the change in Ben Ali's mood in the last 48 hours of his regime. Please subscribe HERE http://bit.ly/1rbfUog #Tunisia #Africa #BBCNews 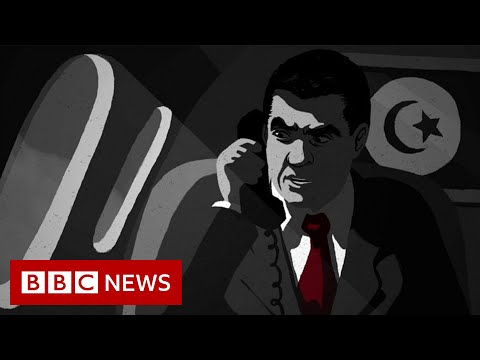