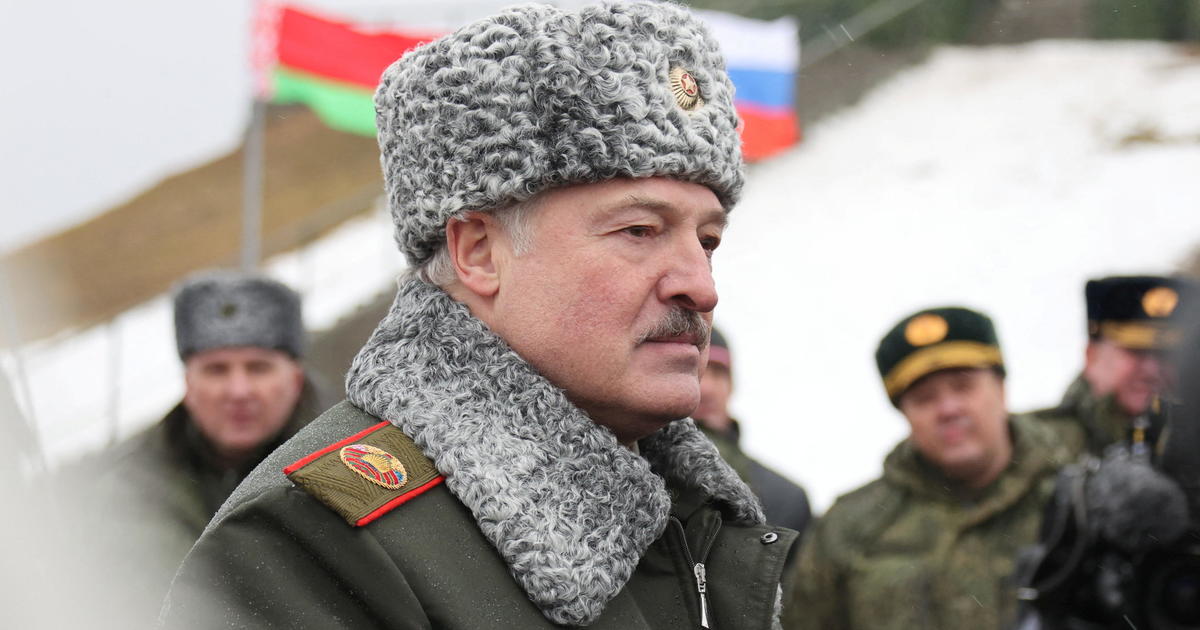 As tensions simmer along the Ukrainian-Belarusian border, the chair for U.S. special envoy to Belarus remains empty.

In a letter Thursday, Sens. Jeanne Shaheen, a New Hampshire Democrat, Roger Wicker, a Republican from Mississippi, Richard Durbin, an Illinois Democrat, Thom Tillis, a Republican from North Carolina and Lindsey Graham, a South Carolina Republican, called for action from the administration. “As Mr. Lukashenka tightens his authoritarian grip, the United States must remain a committed partner for all those pursuing a democratic future for Belarus,” they state in the letter provided to CBS News.

President of Belarus Alexander Lukashenko, who was reelected in what the international community widely regarded as a fraudulent election in 2020, has been one of Russian President Vladimir Putin’s staunchest allies since Russia’s invasion of Ukraine in February.

The General Staff of the Armed Forces of Ukraine announced that some of Belarus’ special operations forces were holding a “combat readiness check” along the Belarusian-Ukrainian border, according to a Thursday Facebook post. Belarus currently allows Russian troops to use its territory. Lukashenko reaffirmed his commitment on July 3, saying Belarus stood fully behind Russia as part of its longstanding commitment to a “union state” with Moscow, per a Reuters report.

The post of U.S. ambassador to Belarus was meant to be filled by Ambassador Julie Fisher after she was confirmed by the Senate in December 2020, but the Belarussian authorities did not allow that to happen. They denied the ambassador’s visa and accreditation, leading to her serving as U.S. special envoy to Belarus from Vilnius, Lithuania. She stepped down from the role on June 9.

“Nomination of special envoy would be a strong signal of support for Belarusians thriving for independence and democracy in Belarus. We count on U.S. leadership to keep Belarus on the agenda and strengthen the international coalition for free Belarus,” said Franak Viacorka, senior adviser to Belarus opposition leader Sviatlana Tsihanouskaya, to CBS News.

The State Department has spoken out against human rights abuses by the Lukashenko regime. In May, Secretary Tony Blinken condemned a new amendment to the criminal code in Belarus that would allow for the use of the death penalty against political prisoners.

The aftermath of Lukashenko’s reelection led to mass protests followed by violent crackdowns. Between May 2020 and May 2021, at least 37,000 people were detained, many of them placed in administrative detention for up to 15 days, according to a May U.N. report. The report said Belarus violated international law, stating, “there was an active policy to shield perpetrators and prevent accountability, reflected in the level of reprisals, intimidation of victims and witnesses, attacks on lawyers and human rights defenders”.

On Wednesday, Belarussian journalist Iryna Slaunikava was sentenced to 5 years in prison for organizing activities that disrupt social order as the government crackdown on media continues. The Committee to Protect Journalists called the sentencing “another example of the deeply cynical and vindictive nature of the Belarusian government.”