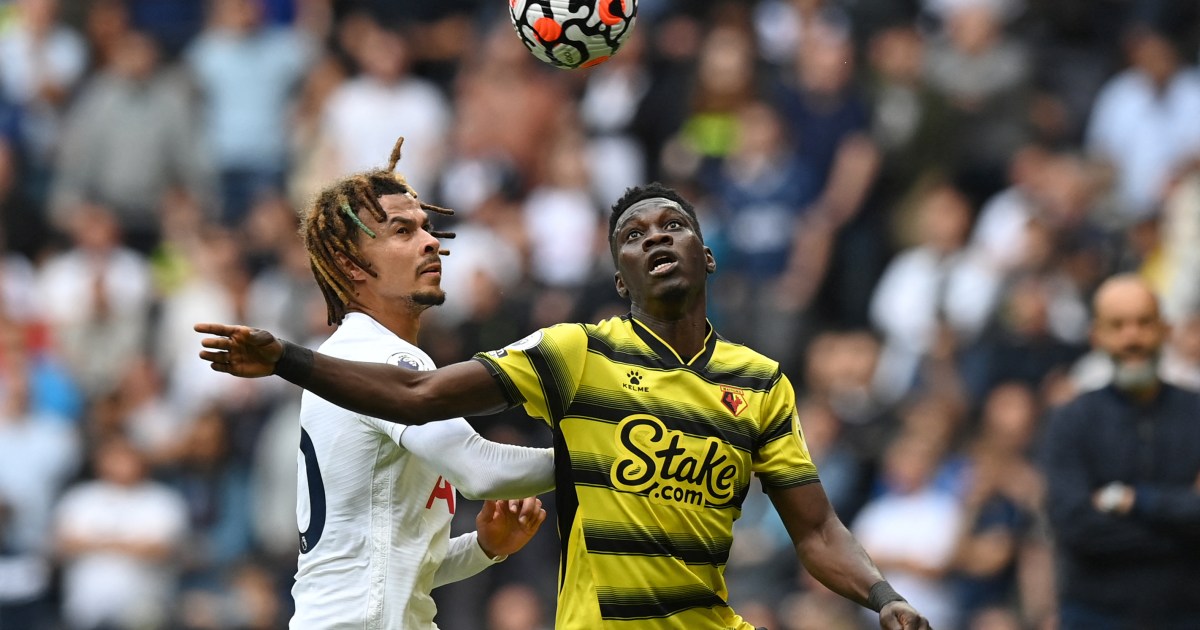 Senegalese football federation says it will resort to FIFA if the Premier League club refuses to release the player to Africa Cup of Nations.

Senegal’s football authorities are accusing English club Watford of refusing to release Ismaila Sarr for this month’s Africa Cup of Nations and will be seeking FIFA’s intervention.

The country’s football federation said on Sunday that Watford told it on Friday it would not be releasing the highly rated midfielder for the tournament in Cameroon which kicks off next Sunday and where Senegal are one of the favourites.

“The English club Watford notified on the basis of spurious arguments its decision to block the player Ismaila Sarr, who has expressed his desire to join the Senegalese selection for the Cup of Nations,” said a statement signed by the Senegal Football Federation General Secretary Victor Seh Cisse.

“The FSF [Senegal football governing body] responded immediately to confirm the player’s call-up and the club’s obligation to release the player by no later than January 3.”

It added Senegal would take the matter up with FIFA if “Watford persists in its deliberate refusal to release the player”.

“The FSF wishes to express its deep condemnation of the disrespectful, pernicious and discriminatory behaviour of Watford who seek by all means to prevent a player from playing with his national team.

“Africa, its football and its footballers deserve the same respect as that accorded to other continents, confederations and players. The FSF will take all the necessary action to ensure that the basic right of its footballers to play for their country is respected.”

This is despite negotiating an agreement that allowed Sarr to join up if Senegal reached the Quarter-Finals.@FSFofficielle have denounced the decision as “reprobate” & “discriminatory”. pic.twitter.com/VTPYrbGNVK

The Senegalese football federation’s statement comes amid an escalating row over English clubs refusing or delaying African players’ departure to take part in the tournament.

Former England international player Ian Wright said he was even incensed by some of the media outlets’ coverage of the 24-team tournament which he described as tinged with racism.

“We played our Euros across 10 countries in the middle of a pandemic and there’s no issue at all. But Cameroon, a single country hosting a tournament, is a problem,” he said.

“There are players getting asked if they will be honouring the call-ups to their national teams. Imagine if that was an England player representing the Three Lions. Can you imagine the furore?”

Wright’s opinion was shared by former French international and Crystal Palace coach Patrick Vieira who asked that the tournament be shown more respect.

“I respect and understand the passion and the importance to players to go and represent their country so I will never stop any player going to play the Africa Cup of Nations,” said Viera.

“I believe that that competition needs to be more respected – because this competition is as important as the European Championships,” Vieira continued, calling on European journalists to take a greater interest in the competition.

Watford has not commented but this is not their first run-in with an African football federation.

The Premier League outlet, which sits at the bottom of the table, has already refused to allow Nigeria striker Emmanuel Dennis to join up with his country, saying the Nigerian Football Federation did not call him up in time, missing the deadline to inform the club of his selection.

Nigeria did not contest the claim and have since replaced Dennis in their squad.

Watford, who lost in stoppage time to Tottenham Hotspur on Sunday and slipped closer to the relegation zone, will lose three other players to the tournament – William Troost Ekong of Nigeria and the Moroccan pair of Imran Louza and Adam Masina.