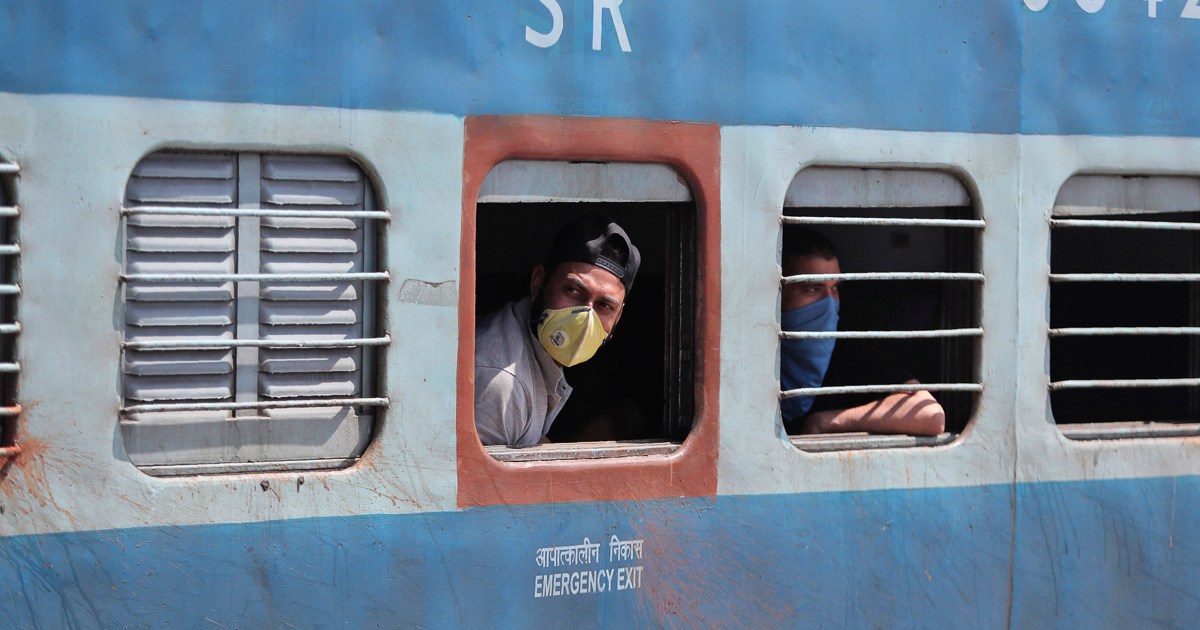 At least nine dead and 45 others wounded as passenger train derails in the eastern state’s Jalpaiguri district.

Rescuers have found four bodies overnight as they clear the 12 mangled coaches of a train that derailed in India’s West Bengal state, raising the death toll to nine, a railroad official said.

At least 45 people were injured in the accident on Thursday as the coaches went off the rails and three capsized, said Rajiv Jain, a railroad ministry spokesman.

The rescue work was completed and the track was being cleared to restore train services in the region, Jain said on Friday.

Images from the scene after the accident showed passengers stuck in twisted metal and debris as rescuers tried to pull them out.

#UPDATE | Death toll in Bikaner-Guwahati Express mishap has risen to 9. Rescue operation is over. 36 injured were admitted to different hospitals. Passengers were sent to Guwahati by special train: Union Minister John Barla

(Latest visuals from the spot in Domohani, Jalpaiguri) pic.twitter.com/MpoLsrZnLZ

The train was on its way to Guwahati in Assam state from Bikaner, a city in Rajasthan state, when the accident occurred in Jalpaiguri district.

All of the injured were being treated in a hospital, senior police officer Debarshi Dutta said.

Senior railway official Guneet Kaur said the cause of the accident was being investigated. She said the government would provide financial compensation to families of the deceased and all of the injured.

Accidents are common on India’s massive but ageing railway network.

Safety standards have been an ongoing concern on the state-run system, which operates 9,000 passenger trains and carries about 23 million passengers every day.

In 2016, 127 people were killed when 14 coaches derailed in Uttar Pradesh state in one of India’s worst train accidents.