Several injured by blast in Zaporozhye Region ahead of referendum – official 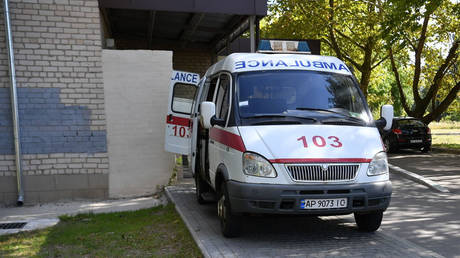 Three people were injured in an explosion on Thursday morning in Melitopol, the de facto capital of the Russian-controlled part of Ukraine’s Zaporozhye Region, a local official said.

Rogov accused Kiev of being behind the incident. He said it was an attempt to terrorize residents of the region before a scheduled referendum on whether they want to break away from Ukraine and join Russia.

Melitopol serves as the de facto capital of the part of Ukraine’s Zaporozhye Region under Russian control. While the city of Zaporozhye, is in the northwest and remains in the hands of Kiev’s troops.

The Russia-allied authorities of the region announced on Tuesday that they will put to a vote a proposal to formally cede from Ukraine and ask Russia to accept it as its territory. Two Donbass republics and Russian-controlled Kherson Region decided to hold similar referendums from September 23 to 27.

Kiev dismissed the upcoming plebiscites as a “sham” and threatened would-be participants with criminal prosecution.

Kiev has a record of alleged targeted assassinations of civilians in Russian-controlled parts of its territory, whom it accuses of collaborating with Moscow. Mikhail Podoliak, an aide to Ukrainian President Vladimir Zelensky, said last week that such people were “absolutely legitimate military targets” and that killing them with was neither criminal or an act of terrorism.

Andrey Yermak, Zelensky’s chief of staff, said this week that “Ukraine will solve the Russian question,” insisting this could be done “only by force.”