She Saw the Sea: A marine biologist in South Africa 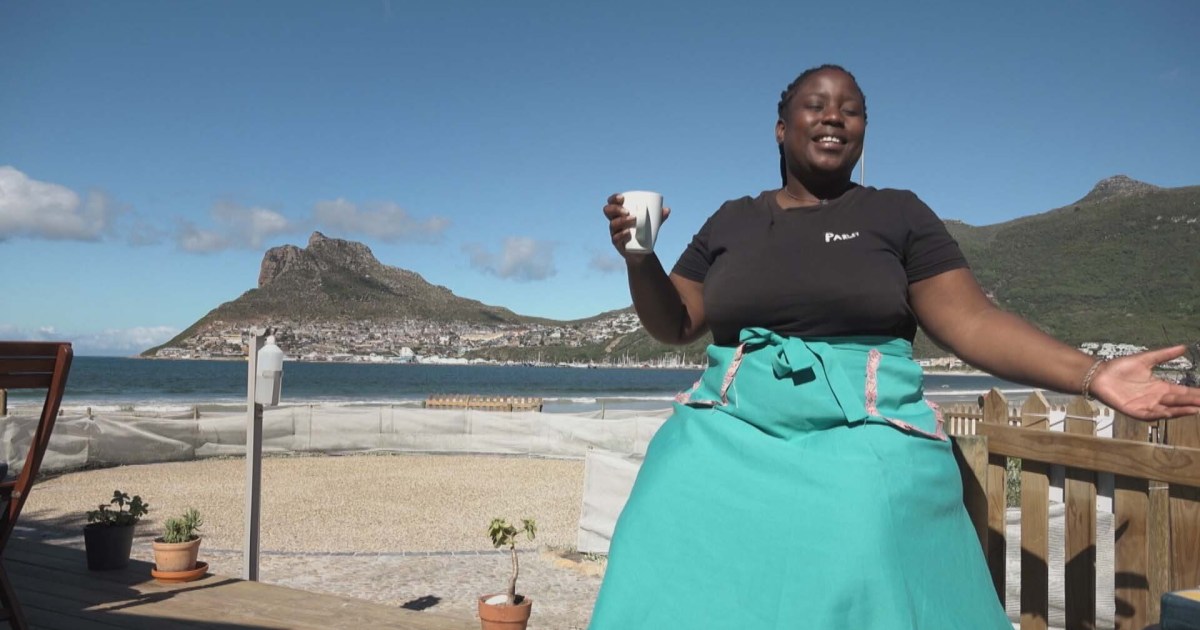 Kholofelo Sethebe never learned to swim. Now, as a marine biologist, she braves the open seas to swim with seals.

Kholofelo Sethebe was first drawn to the sea as a child, on a visit to Cape Town from her landlocked home province in South Africa.

But traditional fears of the ocean were deep, so it is only now, as a qualified marine biologist, that she is teaching herself to swim.

She Saw the Sea, an uplifting film by Karin Slater, follows the vivacious Kholofelo as she braves the ocean to find a beautiful new underwater world.

Karin Slater is a South African director and cinematographer, with more than 30 years of experience. Her films have been shown by international broadcasters and at major festivals. She has won many awards, including at Mipdoc and the Innovative Film Festival in Switzerland. She specialises in wildlife filmmaking and is a judging member of the Academy (Oscars).