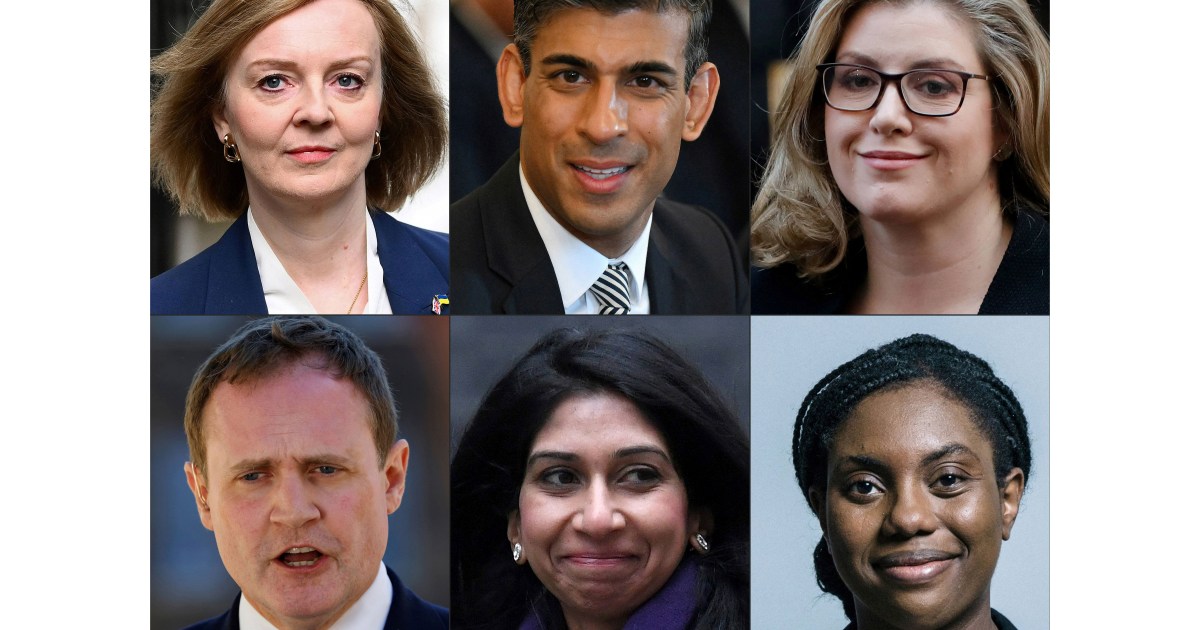 Rishi Sunak and Penny Mordaunt ahead after first round of voting in Conservative Party leadership race.

Rishi Sunak, who quit as finance minister last week to trigger Johnson’s downfall, leads the pack with the support of 88 Conservative member of parliament, followed by Penny Mordaunt, on 67, who polling shows is most popular with the party membership that will ultimately decide the race, and foreign Secretary Liz Truss on 50 votes.

The remaining contenders will now scramble to scoop up the two men’s supporters in a contest that will replace the scandal-ridden Johnson with a new and much lesser-known prime minister.

The 358 Conservative lawmakers had crammed into a humid corridor at Parliament on Wednesday afternoon to line up and cast their ballots in a grand room hung with oil paintings. Security staff made them hand over their phones to ensure secrecy.

Eight candidates had secured the required backing of 20 of their colleagues to make the first ballot.

Further rounds of voting will take place on Thursday and, if needed, next week, until just two candidates remain.

The final two contenders will face a runoff vote by about 180,000 Conservative Party members across the country. The winner is scheduled to be announced on September 5 and will automatically become prime minister, without the need for a national election.

The candidates are jostling to replace Johnson, who quit as Conservative leader last week amid a party revolt triggered by months of ethics scandals. He will remain in office as a caretaker prime minister until his replacement as party chief is chosen.

Mordaunt, at her official campaign launch on Wednesday, said the party had “standards and trust to restore” after the scandal-tarnished Johnson years.

The slate of candidates is diverse, with four contenders from ethnic minorities and four women.

But all are offering similar tax-slashing pledges, with only Sunak offering a note of caution. He has cast himself as the candidate of fiscal probity, saying the country needs “honesty and responsibility, not fairytales” to get through economic shockwaves from the coronavirus pandemic and the war in Ukraine.

Supporters of the other candidates have improbably depicted Sunak — whose heroine is former Prime Minister Margaret Thatcher — as a left-winger. Johnson’s office has denied running a campaign to bad-mouth Sunak, whose resignation last week helped end the prime minister’s reign.

A spokeswoman insisted Johnson was remaining neutral in the campaign to choose his replacement.

Johnson struck a valedictory note at his weekly Prime Minister’s Questions session in the House of Commons. He hinted it could be his last appearance there, although he is scheduled to take questions again next week, before Parliament’s summer break, and to leave office on September 6.

“The next leader of my party may be elected by acclamation,” he told Labour leader Keir Starmer – though that would only happen if one of the final two candidates dropped out. “So it’s possible this will be our last confrontation.”

Johnson said it was “true that I leave not at a time of my choosing,” but insisted: “I will be leaving soon with my head held high”.