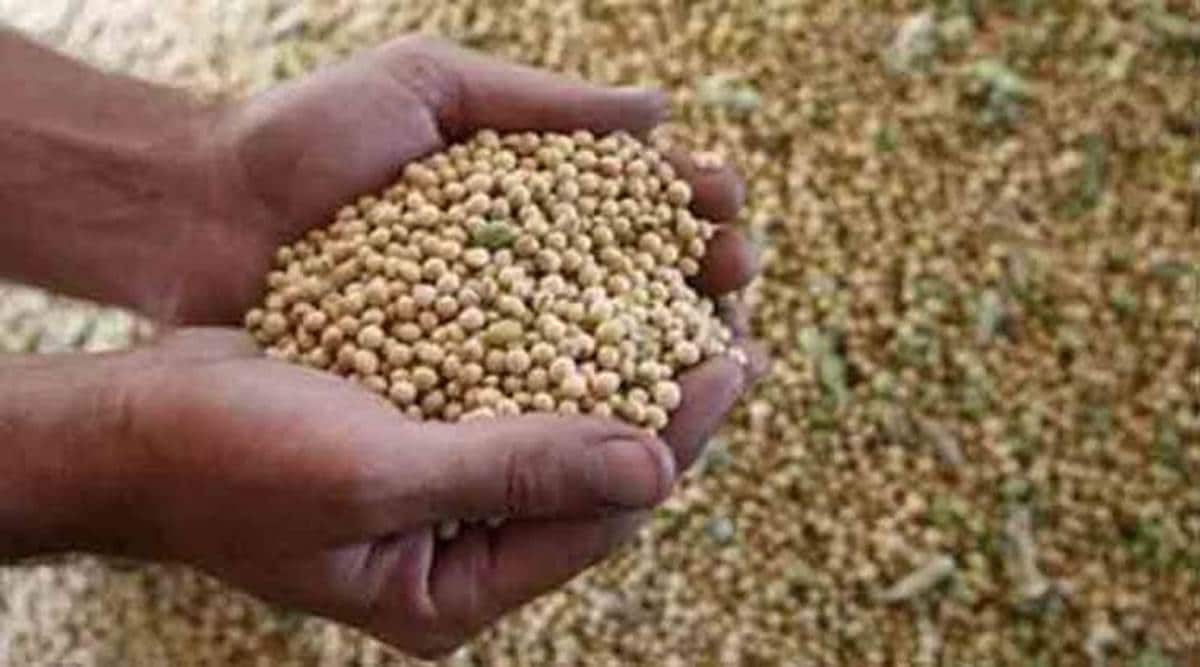 Ahead of kharif sowing, a war of words has again broken out between poultry and soyabean processors over the import of genetically modified (GM) soyameal.

In a strongly worded letter to Atul Chaturvedi, the Indore-based Soyabean Processors Association of India (SOPA) has opposed any move to import soyameal, saying it would be detrimental to the domestic soyabean oil industry.

Last year, the government had for the first time allowed the import of GM soyameal given the high rates touched by the commodity, which is the main protein source for the poultry feed industry. Shortage of soyabean in the oil year (October- September) 2020-21 had promoted this price rise. Of the 12 lakh tonnes allowed, 6.5 lakh tonnes were imported. This year, the poultry industry is hoping for imports, up to 5 lakh tonnes, to tide over the summer months before the arrival of the kharif crop. At present, soyameal — the protein rich sold derived after the oil is expelled from the seed — is trading at Rs 63-65 per kg..

In his letter, Davish Jain, chairman of SOPA, has opposed any move to import the meal. For the current year, India has seen harvest of 124.22 lakh tonnes of soyabean of which 32.7 lakh tonnes still remain with farmers, traders and stockists. “It is evident that we will have a carryover stock of almost 20 lakh tonnes of uncrushed soyabean at the end of the season in September 2022. Under the circumstances, there is no justification for import of soyabean meal. Higher price of soyabean and soyabean meal is a reality that has to be accepted as the farmer is not willing to sell at the prices of yesteryears,” his letter read.

The country, Jain said, is heavily dependent on import for edible oil and not enough effort is being made to increase oilseed production. “If we import soyabean meal also, this will open up another big door for imports in the future running into billions of dollars. Import of soyabean meal will help only one industry at the cost of another industry and millions of farmers will be discouraged from growing soyabean. The motive for the request is short-term profit, ignoring the fundamentals. We strongly oppose any move to import GM soyabean meal and would like to present our views in person on this subject,” he said.