A South Korean citizen has crossed the heavily fortified Demilitarised Zone (DMZ) into North Korea in an apparent defection, South Korea's military says. The person was able to evade detection for several hours despite a search operation by South Korean troops. North Korea has implemented a shoot-on-sight policy during the pandemic. Military chiefs in Seoul said they did not know if the person was still alive, but had sent a message to the authorities in North Korea asking for them to be protected. Please subscribe HERE http://bit.ly/1rbfUog #NorthKorea #SouthKorea #BBCNews 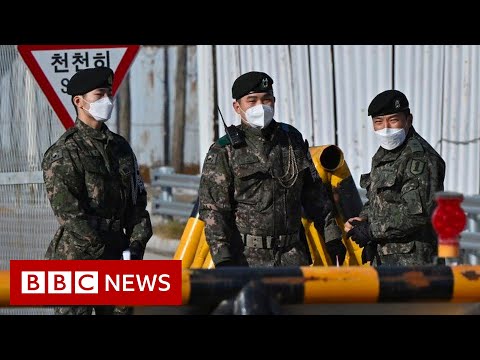