Not every serial killer should necessarily be either a social outcast or a sociopath. Some of them are good at disguise and may at times have a reputation of exemplary society members. Biographies of many famous serial killers of the USSR era testify to this.

Chikatilo helped to catch himself

Andrey Chikatilo, a serial killer from Rostov, committed his first crime in 1973, the last in 1990. Chikatilo killed 53 women and children in all that time.

All the crimes were sexually motivated; he would stab and dismember his victims’ bodies.

It was all because of a difficult childhood. Andrey Chikatilo was born in Ukraine in 1936. His grandfather was dispossessed. During the war his father was captured as a commander of a partisan detachment. When he returned to the allied forces, he was repressed and sent to a concentration camp in Komi.

In 1932, during the Holodomor, Andrey’s older brother Stepan was allegedly eaten by neighbors. When the time of famine came again during the war, the mother forbade her youngest son to leave the yard. She said, “Stepan was eaten, and they will eat you!” Maybe then he went crazy. Maybe that’s why he tried to eat the remains of some of his victims…

Chikatilo had changed many professions in his adulthood. He worked as an engineer at a telephone exchange, wrote articles for the district newspaper Znamya. After graduating from the correspondence department of the philological faculty of Rostov University he started teaching at various educational institutions. Curiously, he had been accused of sexual harassment of students a number of times. But the case has never reached the investigation and trial.

Chikatilo was beyond suspicion for a long time. He was detained, but then released due to the lack of evidence.

He even helped the police to catch the serial killer himself. He was a vigilante and took part in patrolling the streets. Several people were arrested at different times on charges of serial murders. One of them was even forced to confess to the crimes he had never committed. The man had been sentenced to capital punishment and executed.

Chikatilo was caught only in November 1990. Despite the fact that at the trial he tried to pass for a madman, he was sentenced to death. The execution occurred in February 1994. The moratorium on the death penalty in Russia had not been introduced by that time.

Mikhasevich – a strangler from the honor roll

Gennady Mikhasevich from the Belarusian village of Soloniki was nicknamed the Vitebsk strangler. He had killed his victims in the area between Vitebsk and Polatsk. Over a period of 14 years from 1971 to 1985, he had killed 36 women. In 1984 alone, he killed 12 women.

Mikhasevich did not arouse suspicion of criminal activity for a while. He was married, had two children, had no smoking or drinking habits, was in the people’s squad and was even a member of the party. Gennady was often set as an example at meetings.

As in the case of Chikatilo, as many as 14 people were arrested in the case. They tried to force confessions out of them. One was shot, another served ten years, the third served six years and went blind after the prison term. A fourth person attempted suicide…
While Mikhasevich was committing his atrocities, innocent people’s lives were being ruined.

He was arrested only in December 1985. The serial killer was identified by the handwriting in the note he put in the mouth of one of his victims.

The note said: “For treason — death! Death to the communists and their henchmen! Patriots of Vitebsk.”

According to various sources, at the end of 1987 or the beginning of 1988, he was executed in the Minsk Pishchalovsky castle.

The biographies of many serial killers indicate that such people are not necessarily antisocial.

Nikolai Gridyagin, who strangled girls, and Boris Gusakov, a rapist and murderer of five people, had positive references from their places of work.

The notorious Anatoly Slivko was a member of the CPSU, had the title of Honored Teacher of the RSFSR and The Shock worker of Communist Labour. Thanks to the position of the head of the children’s tourist club, he involved his pupils in dubious “experiments”. Most of his victims were boys from dysfunctional families. He would hung them on ropes and bring them to convulsions before resuscitating them. All this was ostensibly for shooting films. He would get sexual satisfaction from watching the  process.

Slivko had killed seven children and dismembered their corpses while filming everything on camera.

The serial killer had been committing his crimes from 1964 to 1985 until he was finally arrested.

All those people had been perfect role models of the Soviet socialist society. That’s why they had been elusive for so long. 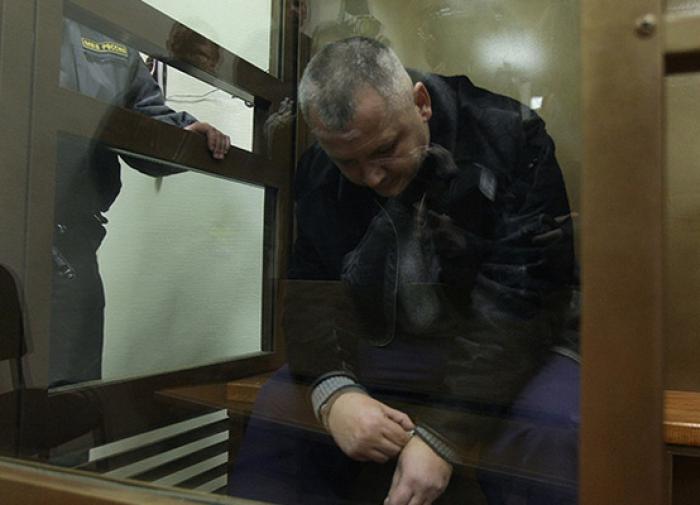