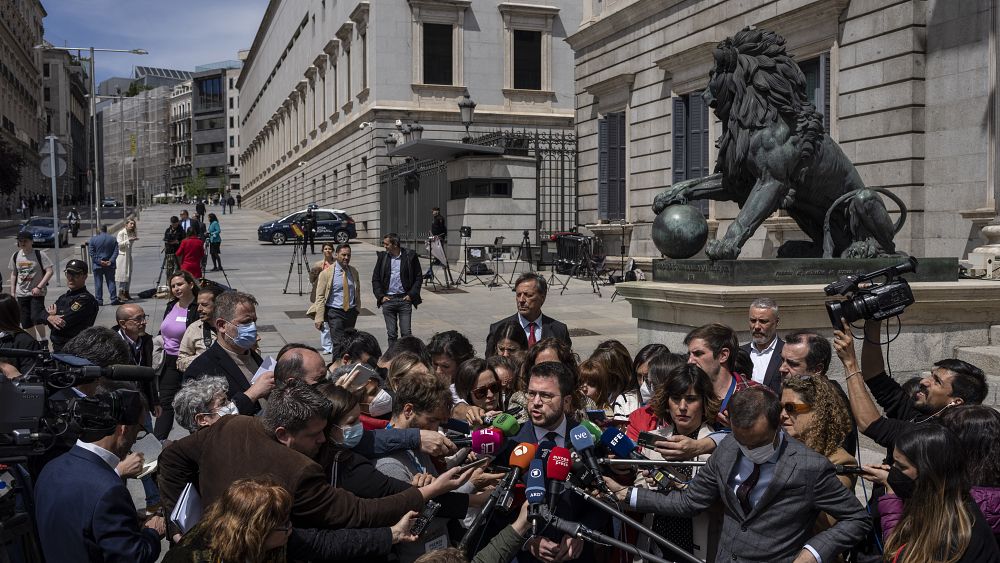 The Spanish government has said it would investigate reports of spying on Catalan and Basque pro-independence leaders.

Spain’s ombudsman separately announced on Sunday that it would probe reports that the phones of independence figures were hacked.

A report by Citizen Lab found that the regional leaders had been targeted with NSO Group’s spyware Pegasus — which governments and security forces can purchase to fight crime and terrorism.

The Canadian research group found that more than sixty pro-independence leaders — mostly Catalans — between 2017 and 2020.

The time period coincides with tensions in Catalonia over the region’s unconstitutional declaration of independence in 2017.

The Spanish government and Israeli group NSO have both denied the allegations.

The government said the state intelligence agency (CNI) had opened an “internal audit” into the matter and said it was willing to work with investigators.

Félix Bolaños — the Spanish minister of the Presidency — met with his counterpart in the regional government of Catalonia following a week of tensions.

The pro-independence Esquerra Republicana de Cataluña party has threatened to withdraw its support for the national government over the matter.

“The government has a clear conscience and has nothing to hide, which is precisely why we are activating four mechanisms to shed light,” Bolaños said.

But the opening of an investigation by the CNI has not satisfied Catalonian leaders.

“We cannot be satisfied with the explanations, they are totally insufficient, vague, not very concrete and with uncertain results,” said Laura Vilagrà, the regional presidency minister.

“Such a serious case requires clarity, honesty and the assumption of responsibility on the part of those who have spied on us,” she added.

Catalonian officials have demanded facts about who “ordered” or “had knowledge” about the use of Pegasus software.

Vilagrà has also called for those responsible to resign and for assurances that such a scandal “will not happen again in the future”.

The withdrawal of support for his government has the potential to bring down Spain’s ruling coalition.