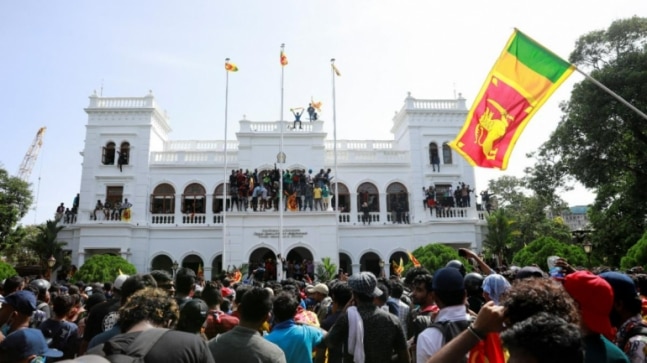 There was a “fascist threat” to democracy in Sri Lanka and “we can’t let them tear up our Constitution,” acting President Ranil Wickremesinghe told the crisis-hit nation on Wednesday, as he vowed to restore normalcy as well as stop the destruction of state property.

“We must end this fascist threat to democracy. We can’t allow the destruction of state property. The President’s Office, the President’s Secretariat and the Prime Minister’s official residence must be returned to proper custody,” he said in his first televised address since being appointed to the post of the President after embattled President Gotabaya Rajapaksa fled to the Maldives.

“Those who are in my office want to stop me from discharging my responsibilities as acting president. We can’t let them tear up our Constitution. We can’t allow fascists to take over. Some mainstream politicians, too, seem to be supporting these extremists. That is why I declared a nation-wide emergency and a curfew,” Wickremesinghe said.