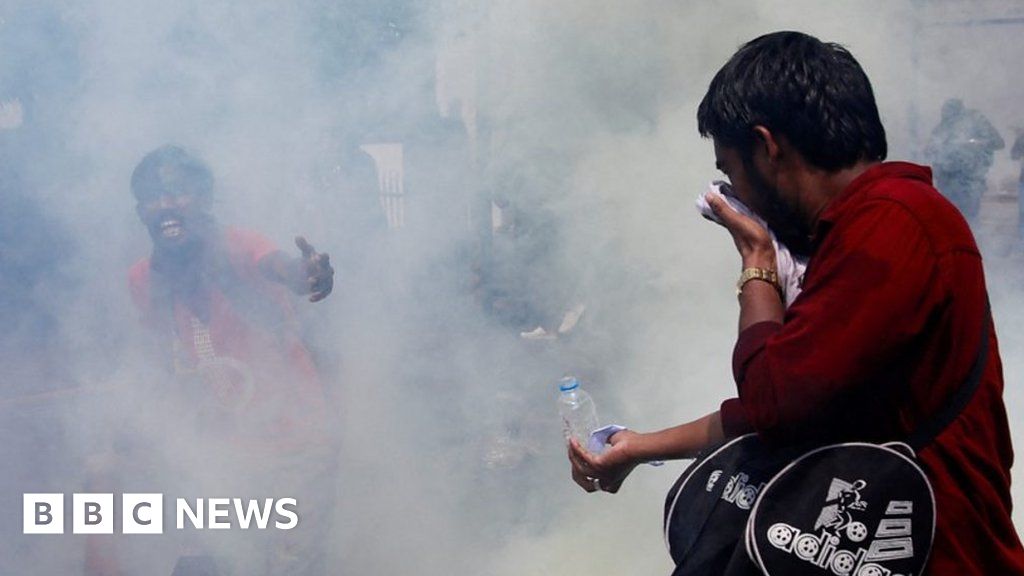 Protesters in Sri Lanka have stormed the office of the acting prime minister, Ranil Wickremesinghe.

Thousands of people gathered outside the prime minister’s compound, which was heavily guarded by security forces.

After clashes with authorities involving tear gas and water cannon, demonstrators broke through the gates and scaled the building.

The country’s president, Gotabaya Rajapaksa, has fled the country, following mass protests over a deepening economic crisis, the worst Sri Lanka has faced in decades.

The BBC’s Rajini Vaidyanathan was at the scene.