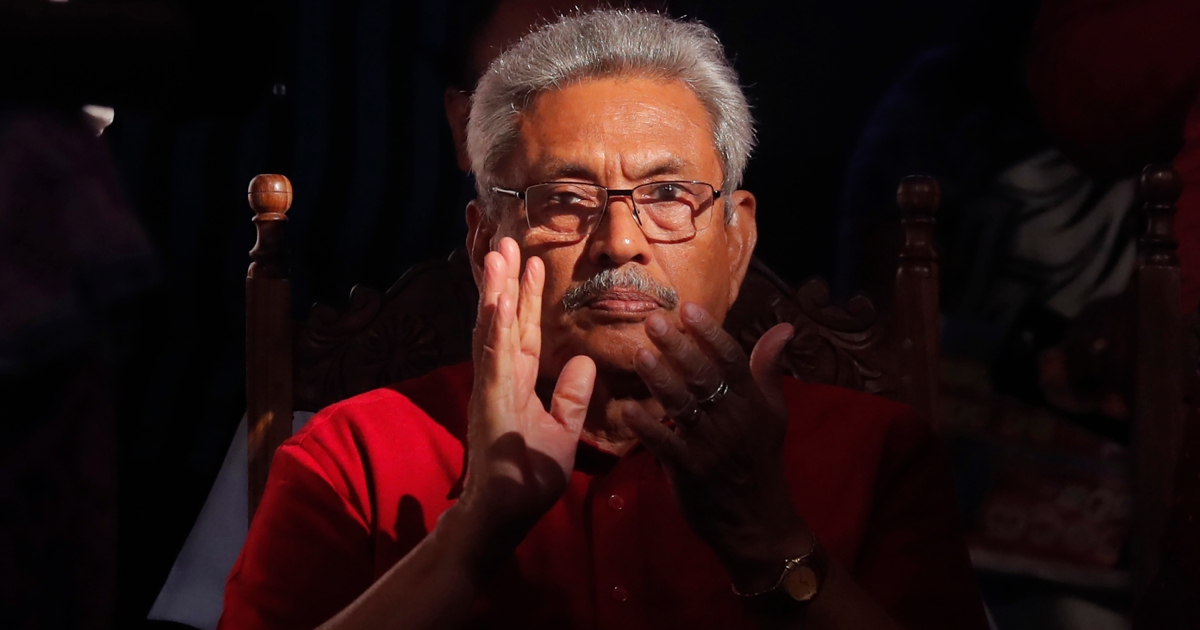 Gotabaya Rajapaksa, who was due to resign, flew with his wife to the Maldives on a military plane early on Wednesday morning.

Sri Lankan President Gotabaya Rajapaksa has fled the country, hours before his promised resignation amid widespread protests over his handling of the country’s worst economic crisis since independence in 1948.

Rajapaksa, his wife and two bodyguards flew on a Sri Lankan Air Force plane to Male, the capital of the Maldives, news agencies reported citing unnamed government and immigration officials.

He arrived in Male early on Wednesday morning, the AFP news agency reported.

The president had said he would resign on Wednesday after tens of thousands of protesters stormed his official residence demanding he step down.

Rajapaksa, who helped end the country’s long-running civil war as defence secretary during his elder brother’s administration more than a decade ago, was elected president in 2019 promising security and stability.

But as the country began running out of fuel, food and medicines as government coffers depleted, the president was accused of economic incompetence, and public opinion turned against both Gotabaya and the wider Rajapaksa family who have dominated Sri Lankan politics for nearly 20 years.

Rajapaksa, accused of war crimes and other human rights abuses, enjoys immunity from arrest while in office. It is believed he wanted to go abroad before stepping down to avoid the possibility of being detained.

The country’s parliament is due to hold a vote on choosing a new president on July 20.