Sri Lankan president flees country, hours before he was due to step down 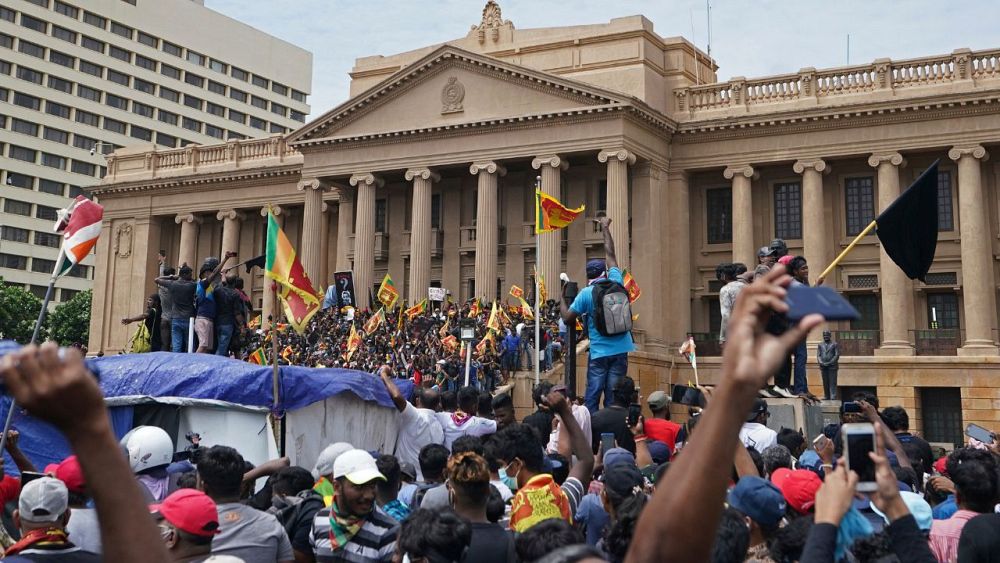 The president of Sri Lanka, Gotabaya Rajapaksa, fled the country early Wednesday morning, hours before he was due to step down amid a devastating economic crisis that has triggered severe shortages of food and fuel.

Rajapaksa, along with his wife and two bodyguards, left aboard a Sri Lankan Air Force plane bound for the city of Male, the capital of the Maldives, according to an immigration official who spoke on condition of anonymity.

The president’s departure followed months of demonstrations, culminating in protesters storming his home and office, as well as the official residence of the prime minister.

Rajapaksa had previously agreed to resign, with Prime Minister Ranil Wickremesinghe saying that he would leave once a new government was in place.

Sri Lankan presidents are protected from arrest while in power, and it is likely Rajapaksa planned his escape while he still had constitutional immunity. A corruption lawsuit against him in his former role as a defence official was withdrawn when he was elected president in 2019.

On Wednesday morning, Sri Lankans continued to stream into the presidential palace.

“What Rajapaksa did — flee the country — is a timid act,” said Bhasura Wickremesinghe, a 24-year-old student of maritime electrical engineering, who came with friends.

For days, Sri Lankans have flocked to the presidential palace almost as if it were a tourist attraction. At one point, they also burned the prime minister’s private home. Protesters have vowed to occupy the official buildings until the top leaders are gone.

He said he voted for Rajapaksa in 2019, believing that his military background would keep the country safe after Islamic State-inspired bomb attacks earlier that year killed more than 260 people.

Nearby, 28-year-old Sithara Sedaraliyanage said that they “expected him to be behind bars — not escape to a tropical island! What kind of justice is that?”

Corruption and mismanagement have left Sri Lanka laden with debt and unable to pay for imports of basic necessities. The shortages have sown despair among the country’s 22 million people, with Sri Lankans skipping meals and lining up for hours to try to buy scarce fuel.

Until the latest crisis deepened, the Sri Lankan economy had been expanding and growing a comfortable middle class.

The air force said in a statement that it provided an aircraft for the president and his wife to travel to the Maldives with the defence ministry’s approval. It said all immigration and customs laws were followed.