A state of emergency has been declared in Kazakhstan where protests sparked by rising fuel prices have widened into unrest over corruption and authoritarian rule. In the country’s largest city, Almaty, demonstrators seized the airport and stormed government buildings. President Kassym-Jomart Tokayev has sacked his government and said there will be a tough response to the protests. He's appealed to Russia for help. Clive Myrie presents BBC News at Ten reporting by diplomatic correspondent Paul Adams. Please subscribe HERE http://bit.ly/1rbfUog #BBCNews 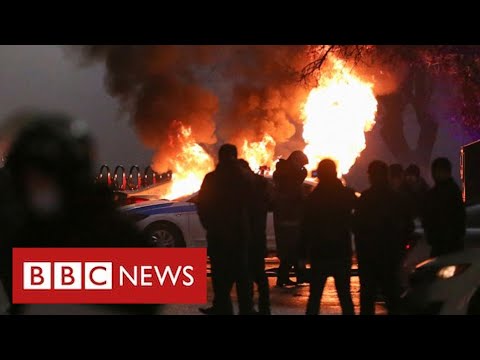