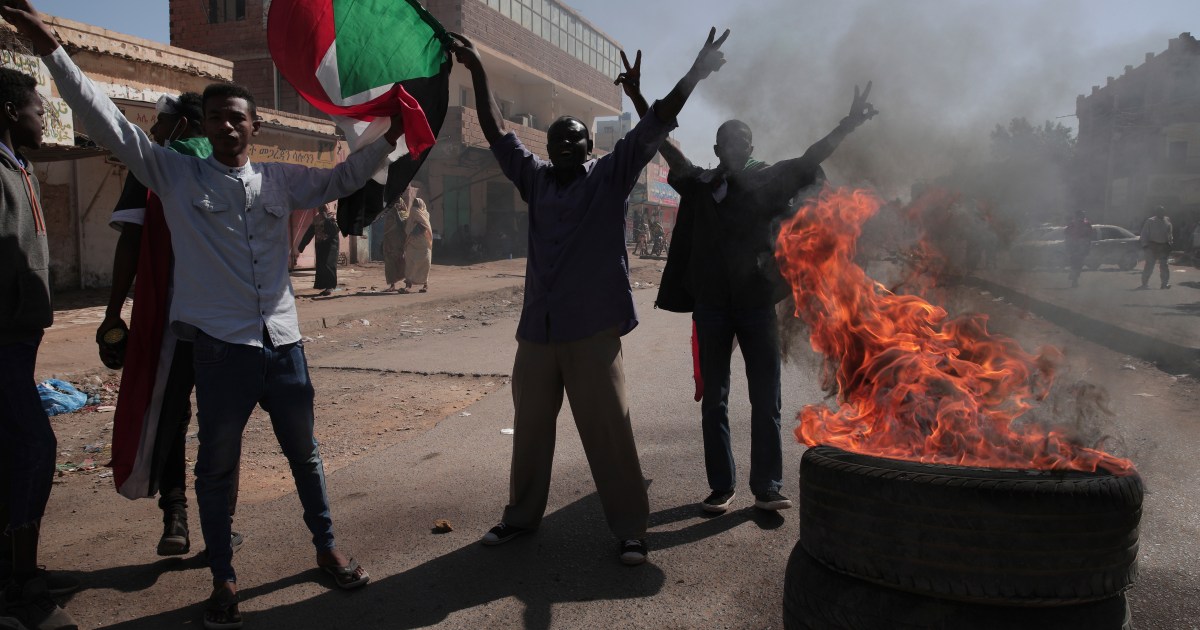 Sudanese security forces have fired tear gas at anti-coup protesters in the capital, Khartoum, according to witnesses and footage posted on social media, as thousands of people rallied across the country to denounce military rule.

Thousands of pro-democracy protesters gathered on Thursday in the streets of the capital, among other cities, in the first widescale demonstration since Abdalla Hamdok announced his resignation as prime minister.

The demonstrations are the latest in a series of protests since Sudan’s armed forces, led by General Abdel Fattah al-Burhan, staged a power grab on October 25, sparking international condemnation.

The coup, which saw the civilian leadership removed and detained, derailed a rocky transition towards democracy that had started after the April 2019 removal of longtime leader Omar al-Bashir.

The military takeover – one of several in Sudan’s post-independence history – has triggered mass demonstrations and a bloody crackdown that has killed at least 57 people and wounded hundreds, according to medics.

“Our marches will continue until we restore our revolution and our civilian government,” said Mojataba Hussein, a 23-year-old protester, in Khartoum.

Another demonstrator, 22-year old Samar al-Tayeb, pledged, “We will not stop until we get our country back.”

“We will occupy the streets once more, heading for the tyrant’s palace, rejecting military rule, and adhering to peacefulness, our strongest weapon,” said a statement from resistance committees organising protests from Bahri.

Thursday’s protests went ahead despite heightened security and the closure of main streets leading to the presidential palace and the army headquarters.

Demonstrations also erupted in Port Sudan in the east, Atbara in the north and Wad Madani in the south, witnesses said.

Protesters in the capital were beating drums, chanting revolutionary songs and holding up posters of people killed since the coup, according to witnesses.

He was previously deposed and put under house arrest in the October 25 coup, but had returned to government on November 21 under a deal signed with al-Burhan – a move the protest movement rejected as a “betrayal” and a fig leaf for army rule.

In his resignation speech, Hamdok warned that Sudan was at a “dangerous crossroads threatening its very survival”.

On Tuesday, the United States, European Union, Norway and the United Kingdom warned the military against naming their own successor to Hamdok, saying they would “not support a prime minister or government appointed without the involvement of a broad range of civilian stakeholders”.

The protest movement insists on a fully civilian government to lead the transition towards elections, a demand rejected by the generals who say power will be handed over only to an elected government.

Elections are planned for July 2023.

Al-Burhan, head of the governing Sovereign Council, said an independent cabinet with “specific tasks” would be formed as the executive branch of the transitional government.

The military, he said, would “protect the democratic transition” until Sudan is able to hold free and fair elections.