Emmanuel Macron has won five more years as France's president after a convincing victory over rival Marine Le Pen, who nevertheless secured the far right's highest share of the vote yet. He won by 58.55% to 41.45%, a greater margin than expected. The centrist leader told jubilant supporters at the foot of the Eiffel Tower that now the election was over he would be a "president for all". He is the first sitting president in 20 years to be re-elected. Despite her loss, Ms Le Pen, 53, said her significant vote share still marked a victory. Please subscribe HERE http://bit.ly/1rbfUog #France #BBCNews 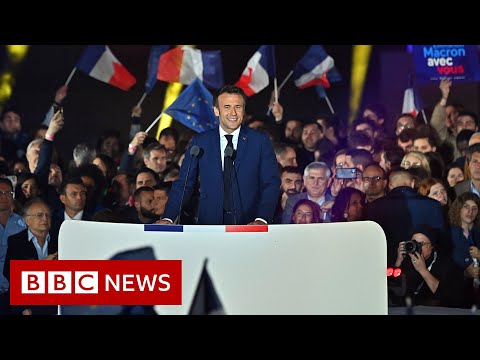