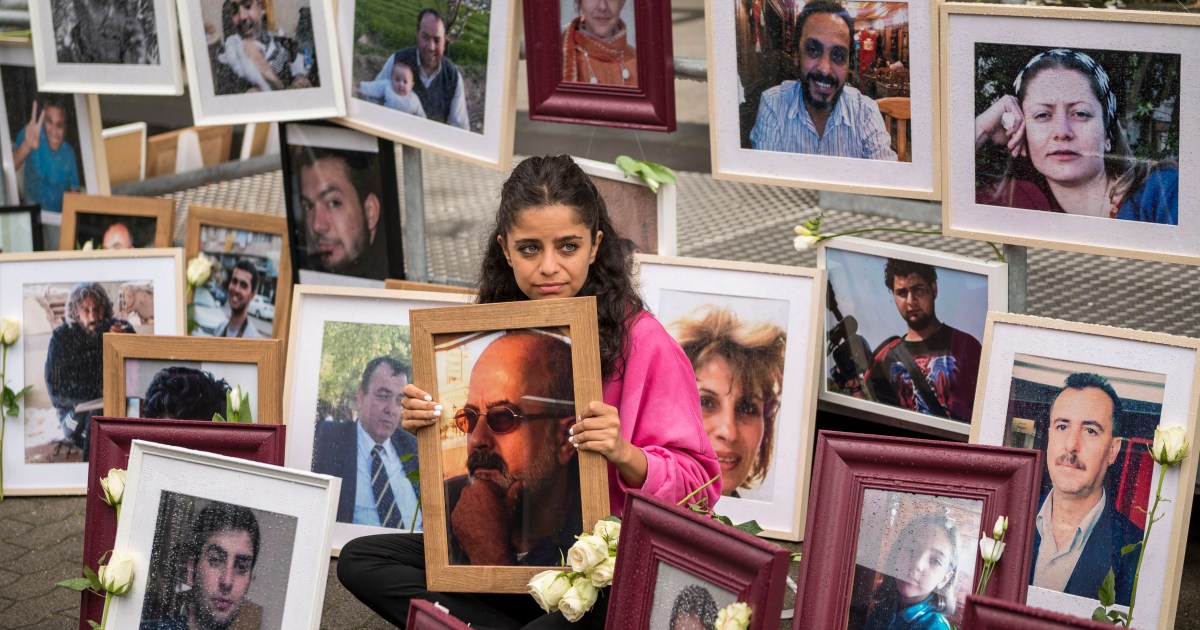 Koblenz, Germany – Syrian victims and human rights observers are bracing for the verdict in the world’s first criminal trial on state-sponsored torture in the war-torn nation.

The judgement will be handed down at a court in Koblenz, a southwestern German city, on Thursday, almost two years after German federal prosecutors arrested the main defendant.

Former Syrian colonel Anwar Raslan, 58, had sought asylum in Germany in 2014, and is the highest-ranking former government official to be tried for atrocities committed in Syria.

Prosecutors accuse him of complicity in crimes against humanity.

Even though Raslan was not accused of directly torturing or killing, they say he headed an office of the notorious Syrian secret service, Branch 251 in Damascus, and its adjoining prison in 2011 and 2012 before he defected and left the country.

As a result, they say Raslan was responsible for the torture of at least 4,000 people, sexual assault and at least 30 deaths due to ill-treatment at Branch 251 during that period.

The German federal prosecutor has called for Raslan to get a life sentence.

Wassim Mukdad, a survivor of Branch 251 who gave evidence, said during an online press conference in Berlin on Monday: “We want some proof that our suffering counted for something. I hope that me, and a lot of others, were able to give a voice to those who couldn’t share their stories.”

Eyad al-Gharib, a former Syrian intelligence officer who was lower in rank, is also a defendant. He arrived in Germany as an asylum seeker in 2018 and is alleged to have detained more than a dozen protesters in 2011 and delivered them to Branch 251, where they were tortured.

Since the trial began in April 2020, the Higher Regional Court in Koblenz has held 106 hearings, with more than 80 witnesses from around Germany and Europe giving evidence.

The evidence given by witnesses – on torture, threats and sexual abuse, as well as inhumane prison conditions – made for harrowing listening.

In 2013, a Syrian military defector codenamed Caesar, provided more than 53,000 pictures showing his government’s bureaucratic efforts to document deaths in its prisons.

According to Eric Witte, a senior project manager with the Open Society Justice Initiative, which supported several witnesses in the case, the trial has international significance for several reasons.

First, it reminds the world of “the brutality of the al-Assad regime and some of the most horrific atrocities of our time,” he told Al Jazeera.

“It’s also important to the Syrians, who participated in the trial as witnesses, and those who were involved in painstaking efforts, to document the systematic nature of these crimes.”

Germany is able to prosecute crimes that took place in Syria due to a legal principle known as “universal jurisdiction”.

This means German police and prosecutors may bring cases before local courts, regardless of where crimes were committed.

In 2015, it recorded three trials using universal jurisdiction. Today there are 30 ongoing trials.

As the first of its kind, the Koblenz case has been a test run for investigators and prosecutors, said Patrick Kroker, senior legal adviser with the European Centre for Constitutional and Human Rights (ECCHR), and who has been supporting nine Syrian witnesses.

“It’s a learning experience. And although the verdict is obviously not binding on any other [universal jurisdiction] cases, it will be noticed,” he said.

In Germany, a defendant who receives a life sentence can usually expect to leave jail after 15 years.

However, in exceptional circumstances some defendants may not be released on probation, a spokesperson from the Koblenz court told Al Jazeera.

They say their client has never tortured anybody personally and had actually tried to help arrested opposition activists – and argue that he be freed.

In a final, personal statement given last Thursday, Raslan said he was ready to accept German justice.

After Thursday’s verdict, the court will hear an explanation for the decision.

A jail sentence is likely; ECCHR lawyer Kroker suggested it might be 20 years.

An eventual appeal is also probable.