The Offer review: New Paramount show betrays the legacy of The Godfather, portrays Francis Ford Coppola as a clown 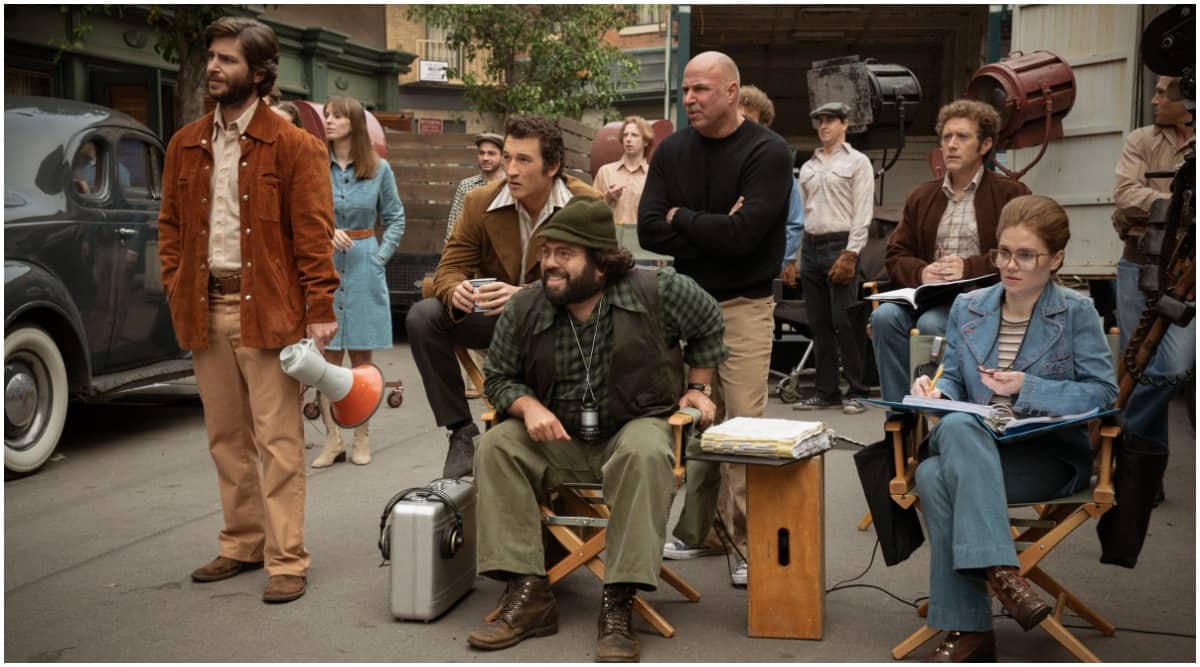 A surprising thing happens a few episodes into The Offer, the new Paramount+ miniseries about the making of The Godfather. After around three or four hours of superficial, by-the-numbers storytelling, it actually begins to grow on you. Whether this is a case of the show improving as it goes along, or—and this is more likely—a result of you, the viewer, simply submitting to its jarring, highlights-reel narrative style is… unclear.

Slapdash, speculative and hungry for scandal, The Offer has all the intelligence of a People magazine celebrity divorce report attributed entirely to anonymous insiders. The series is credited, very vaguely, to producer ‘Al Ruddy’s experiences of making The Godfather’, and very soon, it is clear that The Offer is meant to be some kind of tribute to him.

They say that the key to a good scene is entering it slightly late and exiting it a little early. Ideally, this practice should also be applied to films and shows, because this one is almost comically all-encompassing. Ostensibly a 10-part epic about the making of a famously sweeping film, The Offer comes across as a Wikipedia article about Ruddy, written by Ruddy himself, in a particularly immodest mood. For a film production that was so well-documented, it’s odd to frame it through the point-of-view of one man.

Played by Miles Teller, we watch Ruddy as he barges into rooms and demands to be taken seriously as a producer. This is essentially how he becomes acquainted with Robert Evans, the legendary head of Paramount Pictures, played in the show by a terrific Matthew Goode.

Sensing something—a big reason behind Ruddy’s success, the show tells us, was his instinct—he selects The Godfather as his first major film project. The first few episodes, two of which are directed by the otherwise insightful Dexter Fletcher, rush through the early stages of the film’s production, as Ruddy hires Francis Ford Coppola to direct and argues that writer Mario Puzo should also be allowed to adapt his own novel. The show only begins to get interesting when they actually start making the movie.

Everyone, including Evans, Coppola and star Marlon Brando, is whitewashed; even the studio executive Barry Lapidus, who spends the entire series—or almost all of it—as an unreasonably villainous presence. Played by Colin Hanks, Lapidus’ only job is to occasionally leap in front of the plot and act as some kind of human hurdle. In real life, it was evidently Evans who became a thorn in Coppola’s side, clashing over the dailies and then over the length of his cut. Their feud continued for years, with Coppola going on the record, several times, to stop Evans from taking credit for the film’s success. They never saw eye-to-eye. But The Offer would have you believe that they were blood brothers, bound by a shared traumatic experience.

And this is the strangest thing about the show. Its decision to tell this admittedly engaging and multi-faceted story through the perspective of Ruddy feels like a compromise, and on many occasions, slightly sycophantic. The Offer certainly didn’t have Coppola’s blessing, and I hope this wasn’t the reason behind his problematic portrayal—he is shown not as an angsty New Hollywood artist, but as a comedic buffoon.

The man was so stressed while making the movie that when he locked himself in his office after a blow-out with cinematographer Gordon Willis, a crew member assumed he’d shot himself. He came close to being fired at least four times, all because Evans was dissatisfied with what he was seeing. None of this is in the show. There’s exactly one scene in which Coppola and Willis have an argument, but they erupt without warning, without any build-up.

This is emblematic of the show’s biggest faults. It wants to hit all the well-known beats that you’ve heard about, without taking the necessary time to instill any meaning in them. Of course we would like to see the Willis-Coppola showdown, but perhaps the show should have built up to it by tapping into the simmering tension between them on set. Instead, moments before their bust-up, we get a scene in which they’re nodding in agreement with each other as if nothing is wrong.

I can’t imagine Coppola ever watching this, but it would be interesting to see just how irritated he becomes if he ever does. Forget how insensitively it portrays him, but The Offer unnecessarily exaggerates an already dramatic real-life story, as if the experiences of these people aren’t juicy enough.

That being said, The Offer has the decency to not replicate any scenes from The Godfather. I don’t know if this is a rights issue—how could it be, considering Paramount owns the picture—or if it is out of some sense of reverence for the material, but we only see the moments before and after action and cut are called. Not once do we see anybody in the show actually recreate moments from the film. This is a good thing.

The show sort of overcompensates for the lack of actual Godfather scenes by shoehorning in a parallel plot line about the mob’s interference into the making of the film, and the genuinely strong friendship it inspired between Ruddy and the gangster Joe Colombo, played by Giovanni Ribisi having a proper ball. Ribisi, Goode and Juno Temple are the only ones who appear to have understood the trashy nature of the show. Their performances are appropriately hammy. Teller, however, seems to be under some kind of movie star hangover. He saunters in and out of scenes, with the expression of someone who has bribed the gaffer to never let him out of the spotlight.

It’s also a bit of an issue that Ruddy, as portrayed in the show, can do no wrong. There isn’t a single problem that he can’t overcome—from violent gangsters, pricey actors and a prima donna director. Briefly, the show pauses to reflect on his personal life, and the toll his work took on his marriage, but it soon forgets about this.

You hear about The Godfather before you watch it. That’s just how deeply it has percolated into pop-culture. No spinoff project made in response to it can live up to its magnificence. This is undeniable. And The Offer, ultimately, is tolerable merely by association.