The PK-Congress deal: What went wrong | Inside story 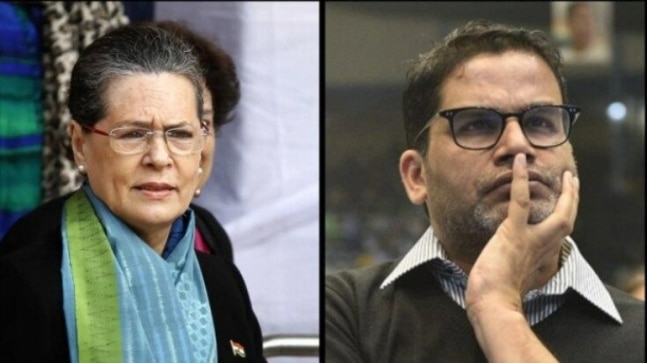 This afternoon, a tweet by AICC communication department head Randeep Surjewala took the entire political and media world by storm.

The news that poll strategist Prashant Kishor (PK) and the Congress party have decided to part ways amiably even before the nuptials, spread like a wildfire in Lutyens.

The blooming bond, which was the talk of the town, ended in a short span of time and that too abruptly.

While the rumour mills worked overtime and the “sutr” or sources had a field day, Congress’ highly placed sources said what led to the separation in this relationship was the factor that is a common one in any relationship that heads for splitsvilla – trust.

According to highly placed sources, a large chunk of leaders and workers in the Congress couldn’t trust PK. And the we-told-you-so moment came when I-PAC reportedly signed a deal with TRS in Telangana.

Congress’ Telangana unit was up in arms and had sent an SOS to Delhi on Sunday night itself about the developments taking place in Hyderabad.

Delhi immediately swung into action and P Chidambaram sub-committee was formed to discuss the recommendations given by the 11-member committee that met PK and other senior leaders and gave their recommendations to Congress President Sonia Gandhi.

P Chidambaram along with six other leaders met Sonia Gandhi at 10, Janpath, following which the party made the announcement that the next month a three-day Chintin Shivir would take place in Udaipur, Rajasthan, where 400 leaders from across the country will brainstorm the party’s 2024 roadmap.

Surjewala had also announced that the party chief will soon constitute an Empowered Action Committee 2024 which will look into all the party’s election related affairs up to the 2024 Lok Sabha polls.

According to Congress leaders present at the marathon meeting, Congress sent a signal to PK to clarify his standing regarding the I-PAC and TRS deal. He was also asked whether he would break his bond with other political opponents of Congress before joining the party.

A Congress leader, who was present at the meeting, claimed, “The conditions PK kept weren’t accepted by the committee. Had PK joined, he would have been expected to work in the party’s framework. What he was asking for was “absolute power”. Congress wasn’t ready to take huge risks, that too, on a person who was ‘wooing’ other opposition parties, particularly the TRS, and invest heavily in his plan.”

Giving a glimpse of his side of the story, Prashant Kishore in his tweet said that “party needs leadership and collective will to fix the deep rooted structural problems through transformational reforms.”

Both parties, as of now, have maintained an eerie silence about their separation. But one thing is sure that this relationship with the grand old party as of now stands torn apart.

What the future holds for this star-crossed relationship, only time will tell.