The West must not buckle under Russian threats, now or ever | View 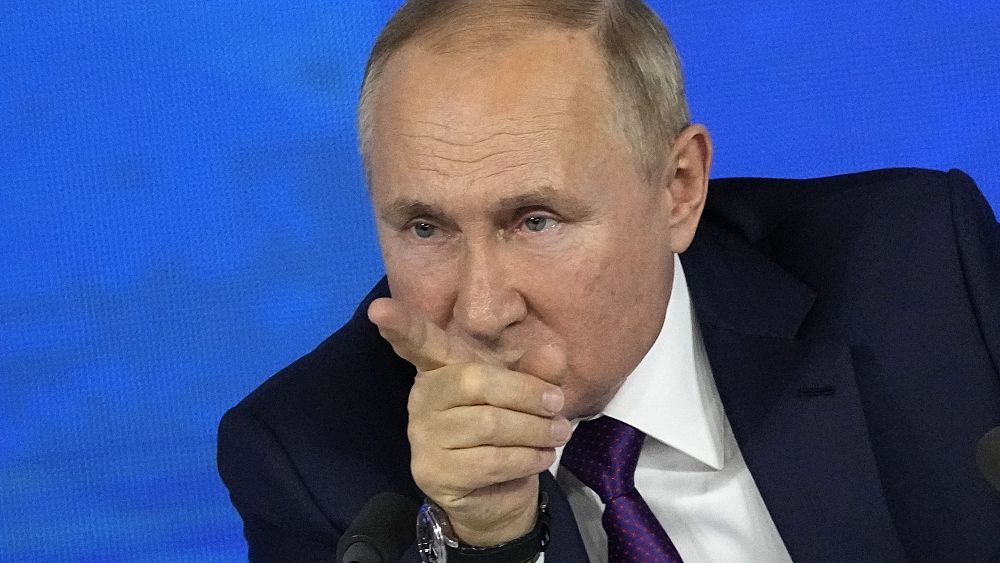 Opinions expressed in View articles are solely those of the authors.

The Russian Federation this week achieved its coveted goal of talks with the United States, NATO and the OSCE on re-balancing Euro-Atlantic security. It achieved this goal through a massive and unignorable threat to invade Ukraine, again. Along the way, Moscow managed to sideline the Normandy Format, comprising Russia, Ukraine, Germany, France, and the European Union.

Russia’s success is predictable considering the Western predilection for dialogue and the lack of EU cohesion, and its behaviour follows a familiar and predictable pattern: Russia creates a crisis, makes a series of demands and then modulates tensions to see if opportunities or concessions arrive. If the concessions are sufficient, Russia ends the crisis and waits for the next chance to present itself.

This is not the first time Russia has sought to use violence against its neighbours to advance its interests. In 2007, President Vladimir Putin used the Munich Security Conference to demand changes to the global security order, including constraints on the US, NATO and the EU, as well as changes to the OSCE. Putin publicly aired his complaints about the restrictions under the Conventional Armed Forces in Europe (CFE) treaty, which limits conventional military totals and deployments in Europe, and the Intermediate-Range Nuclear Forces Treaty (INF), which eliminated the US and USSR stockpiles of short and medium-range nuclear-capable missiles.

Following the now-famous Munich speech, Russia “suspended” its participation in the CFE, began violating the INF provisions and prepared to invade Georgia, a former Soviet state. The Kremlin then offered to resolve the international crisis that itself created by offering talks on a draft European Security Treaty and a proposed NATO-Russia Agreement – both documents seeking to re-write the basic principles that have guided relations across the Euro-Atlantic region since the 1975 Helsinki Decalogue. Sound familiar?

In response to Russia’s provocative actions, we saw several years of intensive diplomacy from 2007 to 2010. This outreach campaign included intensive negotiations to resolve the CFE impasse, universalise the INF and extend the Strategic Arms Reductions Talks (START) beyond its 2009 expiration. However, despite progress on some files, the effort in Geneva to expand INF was met with indifference, and Russia increased pressure on Georgia by deploying of tens of thousands of troops along the border and sending military engineers into Abkhazia to measure the strength of bridges to support tank crossings.

The ensuing tit-for-tat attacks led to Russia’s invasion and the partition of Georgia, the collapse of talks on CFE and, eventually, the end of the brief diplomatic “reset” in relations with the West.

Again in 2013, Russia created another crisis in Ukraine, this time over Kyiv’s desire to sign the EU Association Agreement. The conflict escalated dramatically when Russia’s preferred ruler, Viktor Yanukovych, fled the country and was replaced by a Western-aligned government. Russia then invaded and annexed Crimea, killing thousands of Ukrainians and shaking the pillars of the Euro-Atlantic security order.

Russia’s invasion came as a complete surprise to my colleagues at NATO Headquarters, where I was assured that Russia would never harm its brother Slavs, just as I was assured back at the Pentagon in 2007 that Russia would never invade Georgia. In both cases, the Kremlin fomented a crisis, took its seat in the peace-making process – acting both as perpetrator and judge – and waited for the next set of opportunities to arise.

Which brings us back to today, where Putin continues to fume over the rejection of his offer for a “moratorium” on ground-launched missile deployments in Europe (intended to stop the West from deploying such missiles without verifiable limits on Russia). He initially raised tensions by closing its Mission to NATO and the NATO Mission in Moscow in October 2021, and then went a step further by sparking a months-long crisis with Ukraine, threatening invasion while demanding talks – first with the US on a new treaty of security guarantees, and later with NATO seeking overlapping demands to hobble the Alliance.

Moscow has succeeded in forcing the US and NATO into talks under pressure, with Foreign Minister Sergey Lavrov stating: “We will firmly ensure our security using the means we consider necessary.” It even followed the US-Russian talks in Geneva on 10 January with a live-fire exercise on Ukraine’s border, involving more battle tanks (300) than the entire German Army (266). The show of military prowess sent the clear message that Russia will not de-escalate without Western concessions, quickly.

Finnish President Sauli Niinistö has been resolute in rejecting the basis of Russia’s proposals to the US and NATO, asserting Finland’s right to choose its own security arrangements as a sovereign nation, a fundamental right enshrined in the United Nations Charter. Niinistö was joined by the Swedish Minister for Foreign Affairs, Ann Linde, who called Russia’s conditions “astonishing.”

The US – while outlining red lines including maintaining NATO’s Open Door Policy and refusal to negotiate over its relations with Ukraine – has signalled potential concessions on the conduct of its military exercises, and Russia’s demand for talks on banning US ground-based missiles in Europe. Both are long-standing goals of the Russian Federation and US agreement to discuss these topics has dismayed many Allies.

Russia is seeking to ban exercises along a line dividing Europe and reinforcing a sphere of influence in its near abroad. NATO had previously dismissed Russia’s moratorium due to a lack of clarity on the scope and the extreme difficulties in verifying any such agreement. Is the US now willing to concede on these points?

This is not to say that I oppose dialogue with Russia. I supported NATO’s calls for convening the first NATO-Russia Council in more than two years, a format which Russia has rebuffed in the past. But in any talks with Russia, the West must be united and resolute on principle – rejecting demands for guarantees that would damage the sovereignty of states – and on substance – rejecting the affirmation of a Russian sphere of influence that would inevitably inhibit Allied exercises and military cooperation with partners.

The United States must not abandon its principles, its Allies or its partners in exchange for talks. The West must not bend under Russian threats, now or ever.

By William Alberque is the Director of Strategy, Technology, and Arms Control at the International Institute for Strategic Studies (IISS) and a former director of NATO’s Arms Control, Disarmament and WMD Non-Proliferation Centre.