A tsunami which hit Tonga has left island communications crippled, with people overseas anxiously waiting for news of loved ones. The underwater volcano erupted on Saturday, about 65km (40 miles) north of the capital Nuku'alofa. The eruption, which was heard as far away as the US, caused waves higher than a metre to crash into Tonga. The authorities have not confirmed any deaths but the scale of the destruction is difficult to establish with phone and internet communications damaged. But the Red Cross gave some cause for hope, saying reports suggested the damage was not as bad as had been feared. Please subscribe HERE http://bit.ly/1rbfUog #Tonga #BBCNews 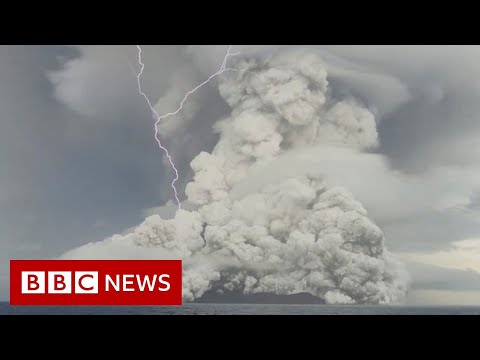