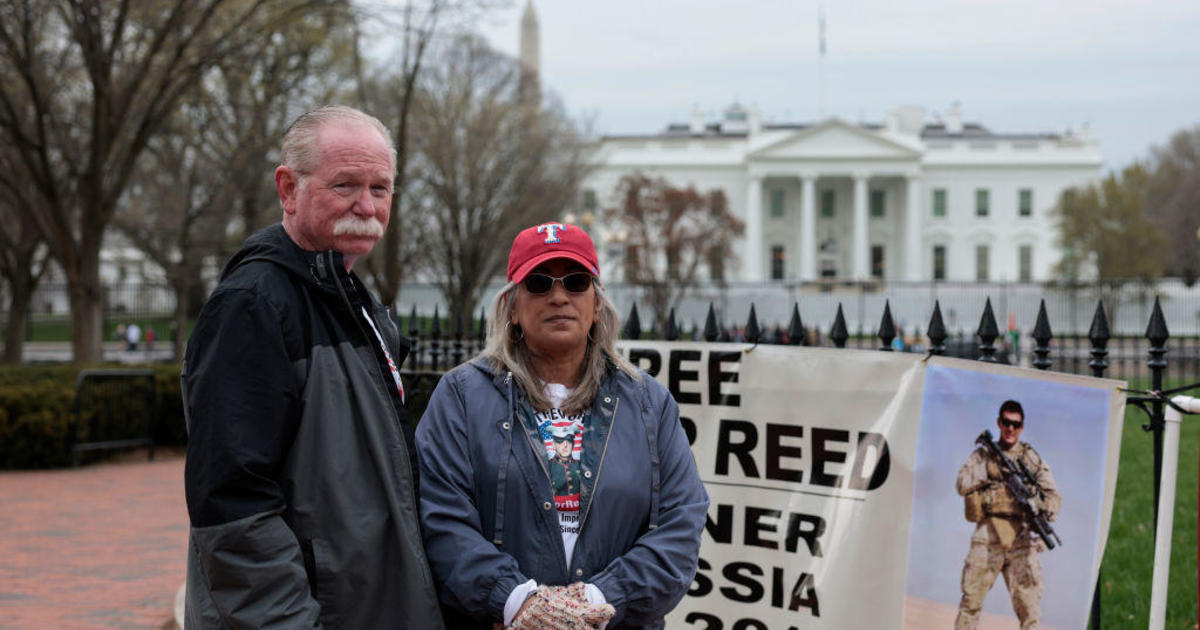 Former U.S. Marine Trevor Reed has been freed after Russia and the U.S. agreed to a prisoner swap. The U.S. State Department has hinted over the last few days that an agreement was close, his parents said, and early Wednesday morning, they got the call that it was a done deal.

Joey and Paula Reed spoke to their son after he boarded a plane in Turkey following his release in exchange for Russian national Konstantin Yaroshenko, who in 2011 was sentenced in the U.S. to 20 years in prison on cocaine smuggling charges.

Reed was “a little subdued” during the call, his father said. “Maybe in shock, but then we spoke to him … about an hour ago and [he] sounded much better and got some fluids and food into him.”

To Joey and Paula Reed’s knowledge, Reed had not been tortured while imprisoned but, Joey Reed described “horrible, dungeon-type of conditions” that his son had endured.

“If you saw the video of him getting out of the FSB van today, you can see he’s very thin. To us, he looked frail,” Joey Reed said.

“Our son is out of time,” Joey and Paula Reed said on April 6, while also calling on the Biden administration to help bring their son home.

Joey and Paula Reed previously told CBS News they believed their son was suffering from tuberculosis as well as a rib injury and claimed that he was not receiving the necessary medical care.

The couple protested outside the White House on March 30 to bring attention to their son’s case and were invited inside for a meeting with the president.

“I heard in the voices of Trevor’s parents how much they’ve worried about his health and missed his presence. And I was delighted to be able to share with them the good news about Trevor’s freedom,” President Biden said in a statement Wednesday.

The Reeds said that meeting helped save their son’s life, though the White House has said the exchange has been months in the making.

“We think President Biden saved our son’s life today,” Joey Reed told O’Donnell. “My son was probably never going to let up. And he had made it his mission to, you know, try and not go along with anything [the Russians] said. And he was paying the price for it. And we feared that his body would give out before his mind would.”

The couple spoke with Mr. Biden on Wednesday morning and thanked him.

“He said he’s looking forward to having the four of us back at the White House. And we told him when we saw him we’d like to give him some big hugs. And he said that he would give us big hugs back,” Paula Reed told O’Donnell.

In 2020, Reed was sentenced to nine years in prison after being convicted of assaulting two Russian police officers during a drunken night out the previous year. Reed has said he does not recall the incident and pleaded not guilty. The U.S. government also raised concerns about the fairness of his trial.

The White House also said Wednesday that it was committed to bringing home Paul Whelan, another former U.S. Marine imprisoned in Russia on espionage charges that the U.S. and his family say are fabricated, “and others.” Professional basketball player Brittney Griner has also been held in Russia since mid-February on drug charges.

“Our hearts go out to the Whelan family because we had hoped all along that Trevor and Paul would be brought home together,” Paula Reed told O’Donnell. “We kind of had hoped for that and it didn’t happen and so our hearts are breaking for them. But we’re going to still continue to advocate for them and try to bring them home.”

Caitlin Yilek is a digital producer for CBS News. Reach her at caitlin.yilek@cbsinteractive.com. Follow her on Twitter: https://twitter.com/hausofcait