RSS24.news
14/07/202205:59
The social services system “failed” and further harmed 13 children who were rescued in 2018 after being starved and tortured by their parents for years in Southern California, according to an independent report presented Tuesday to the Riverside County Board of Supervisors.

After the children of David and Louise Turpin escaped from their nightmarish home in January 2018, the social service system meant to protect them placed some of the younger children in the care of people later charged with child abuse and left some older siblings to endure periods of “housing instability and food insecurity,” says the 634-page report by a law firm hired by the country to investigate their care.

David and Louise Turpin were each sentenced to 25 years to life in prison in 2019 after they pleaded guilty to holding captive and torturing their children at home in the city of Perris, about 112 kilometres southeast of Los Angeles.

The couple was arrested in 2018 after one of their children – who ranged in age from two to 29 – escaped their filthy home and called police. Authorities said the siblings had been isolated from the outside world and were often denied showers, medical care and food. The parents used chains and padlocks to shackle some of the children to beds.

The damning report by the former federal judge said some Turpin siblings had difficulty accessing funds intended for their use, and many were “caught in the middle of confusing and complicated legal proceedings.”

“When they complained about their circumstances, they often felt frustrated, unheard, and stifled by the system,” Larson wrote in an introductory letter to the board of supervisors.

The report, portions of which are heavily redacted to protect the privacy of the children, described a lack of communication between social service departments assisting the adult children.

Infighting among the attorneys for the various parties in the case “detracted from the legal representation the Turpins needed, and was a source of stress for the adult Turpin siblings,” the report says.

The Riverside County Board of Supervisors requested the independent investigation into the county’s child welfare services and its response to the Turpin case.

During its eight-month-long review, the law firm pored over 30,000 pages of documents, including grand jury reports. It conducted more than 300 surveys and more than 100 interviews.

Supervisor Kevin Jeffries said the report was “painful to read.”

“It was so disappointing to see what was occurring and not occurring,” he said.

Larson wrote that staffing vacancies and turnover in social service departments had resulted in high caseloads that “stand in the way of consistently providing high-quality services and ensuring the safety and care for our most vulnerable populations.”

Workers who should be handling 30 cases are dealing with 98 to 113, according to the report. High turnover and attrition led to a “lessons lost environment.”

“I could not run my law firm with a 40 per cent vacancy rate. I don’t know how any institution can run with that kind of vacancy rate,” said Larson, whose recommendations included the creations of a committee to address employee retention and improve information sharing among various departments.

“With respect to the Turpin siblings, we conclude there were many times over the last four years that they received the care they needed from the County,” Larson wrote in the introductory letter. “This was not always the case, however, and all too often the social services system failed them.”

Rory Connell, a resident of the Orange County city of Corona, blasted local authorities during the public comment session.

“It’s a shining example of how a total lack of leadership can highlight how broken our social services system is, in a county that has strong and bold leaders that stand behind their values, you guys have failed,” Connell said.

“I hope you find it within yourselves to apologise to not only the 13 Turpin children but to all of the children you have failed in your county.”

The children were discovered in January 2018 after a 17-year-old girl in the home escaped. She had planned to get away for more than two years. She grabbed a deactivated cellphone found in the house and fled through a window before she called police. 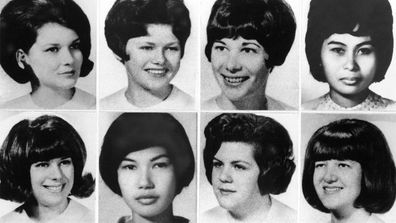 Young nurse survived by hiding under bed as friends died